The Dutch Fly Fairs during the late 1980's and early 1990's were important events for a young fly fisherman like me. It was my first opportunity to meet, watch and learn from famous deer hair fly tiers like Dave Whitlock, Chris Helm and Al Beatty. Early 1990's I also got in touch with Joe Messinger Jr.

One tier I met during those Fly Fairs and oddly didn't keep in touch was Darwin Atkin. Not a lot is written about his fly tying. Darwin Atkin was way ahead of his time with his cricket made of foam and deer hair. He passed away as recent as 2014.

Recently I acquired a unique piece of fly tying memorabilia. Darwin Atkin's most appraised flies marvellously framed (by himself). His crickets and matuka sculpins are absolutely fabulous. 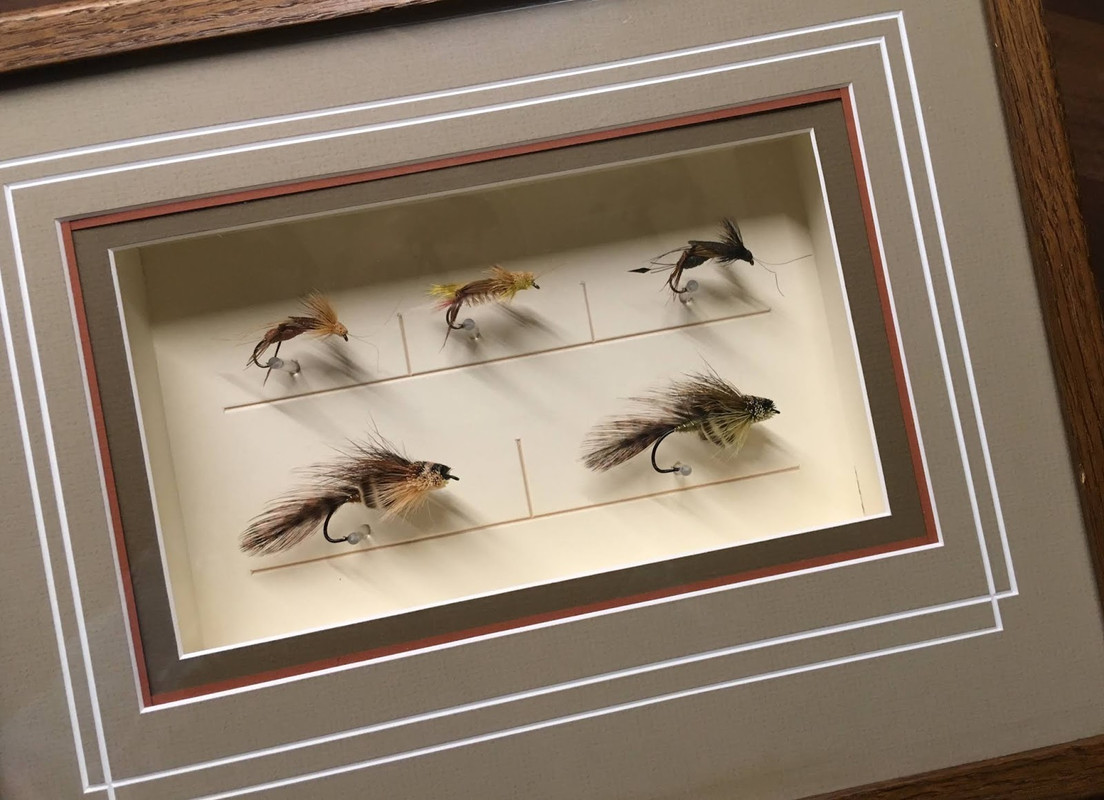 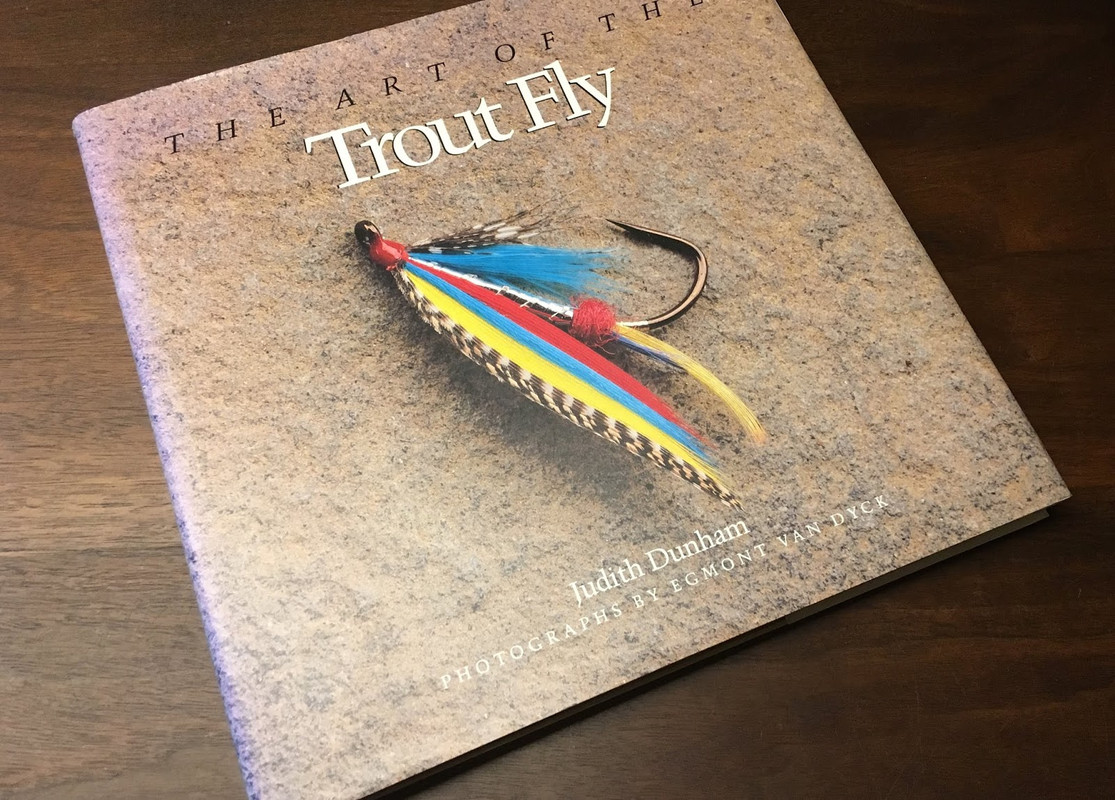 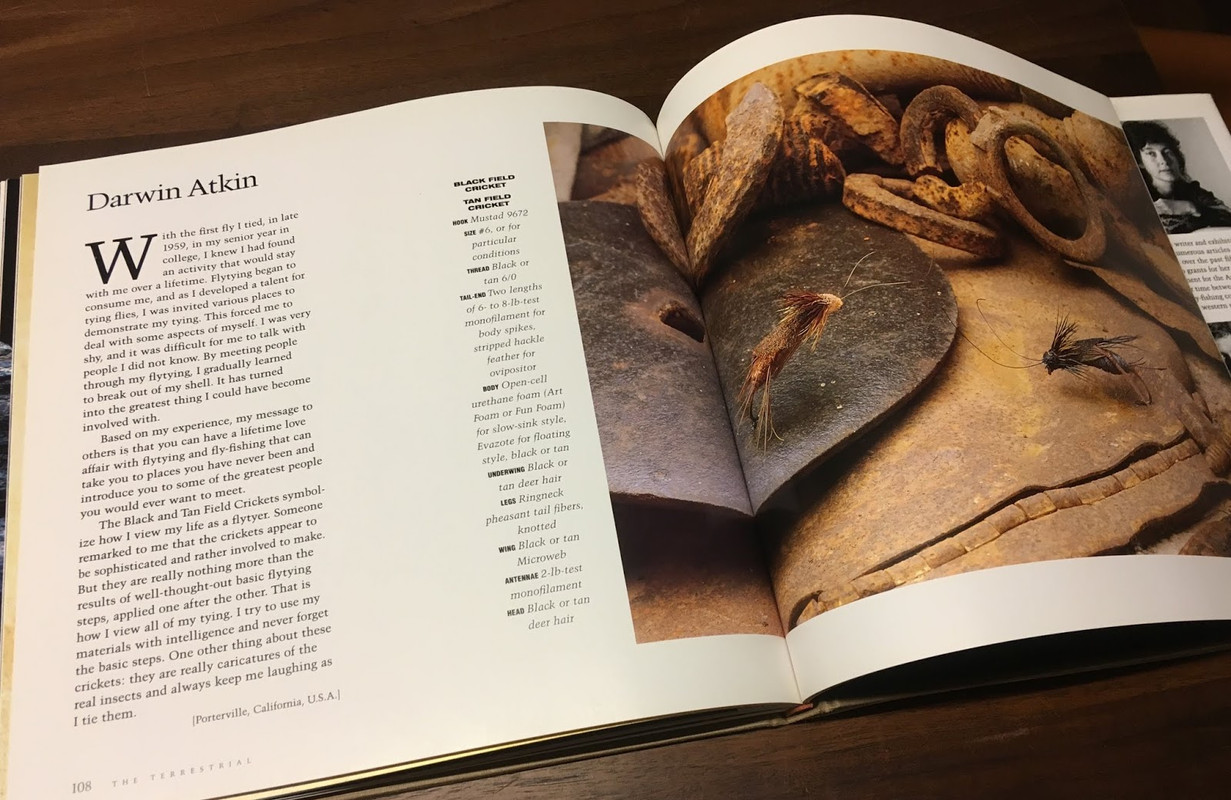 I'd not heard the name before. Those are some nice flies.
Bob
Top

Atkin was part of the Buz Buszek circle. Others from my "era" in fly tying will recall that there were only a dozen fly tying mail order houses in all of the U.S. Most of us had the Buz's Fly and Tackle Shop catalog. Buz's had the best dyed dun hackle that could be had in those late 1960's days---so I got my stuff there. I briefly mentioned Atkin in the Buz Buszek chapter of my The Founding Flies book.

My main contact during the time I was crafting the book was Dave Johnson, out in Visalia California---the location of Buz's. Anyway, Dave had interviewed a number of people who had history with Buz's shop. Dave had sent me the taped interviews, including the chat with Darwin. Fantastic interview----.

I believe Darwin was quite active with FFF back in his time---I believe an award winner.
Follow me on Twitter
Top

Darwin Atkin also developed the Waste-Trol waste catcher and the vise extension that is still sold by Dyna-King. With it, he and many West Coast tyers after him would reverse the extension, drop the vise below the table top, and tie in their laps--a much more natural position. That's what I do. Some folks here have seen me. It also is productive of much hilarity: "Whataya doin' in yer lap, there, Bud?"