by ted patlen
Size, form (spareness and shape) then color has been my mantra fully believing that presentation is the most important factor.

But, as usual there have been times when color seems to matter. Had the opportunity to fish the same spots on the upper east a few years ago for three consecutive days during a hot miserable August, all using sulfur's.

Day one...The bugs size was achieved and the fly was a standard dubbed body dry (about an eighteen). Results... two fish to net, two hook ups and many refusals. Kinda like a standard day. But I felt that something wasn't right.

Day two, I fished the same water with a sparser, paler colored sulfur in a parachute form. Three fish to net, about six hook ups and just as many refusals. I still felt off.

Day three, on the same water...The fly was pure white, a quill bodied, very sparse parachute on the same #18. Six fish to net, many hook ups and the normal refusals.

Why this progression? Who knows. Was it the color? Size? Sparseness? 18 foot long 6x leaders? Refined presentation from fishing the same water? Consistent weather over the course of the three days?

Trying to figure them out is the game. How many times do you have a good day, go to the same water the next and strike out.

For more than 60 years I've chased these beautiful creatures and have realized that there are only a few unvarying, stable, constant elements I'll face each time I fish. I'll have fun, and a cigar.

Fish it in the surface film with a drag free drift, and you will catch fish. I use 4x Umpqua monofilament.......Send me your address via p.m. and I will send you a few flies ....
Dana

ted patlen wrote: ↑
Tue Jan 21, 2020 10:56 am
Size, form (spareness and shape) then color has been my mantra fully believing that presentation is the most important factor. .....

For more than 60 years I've chased these beautiful creatures and have realized that there are only a few unvarying, stable, constant elements I'll face each time I fish. I'll have fun, and a cigar.

Sulphurs are the one fly I find color really matters, and only because it matters some of the time, in some places, and that rule applies all of the time. LOL.

In the scale between pale yellows and deep oranges there's a lot of shading variation--. My Sulfurs I tie for the Swift in Mass. have to be a very particular orange, whereas those for the Ausable are mixed--pale yellow, mild orange, even a lime green version. Halford and Gordon were both particular about shading, and whenever someone says color doesn't matter, I think of Sulphurs. I also find it helps to break up the continuity of the color of bodies with some form of variegation. My Ausable Haystack Sulpur, for example (the version that gets the most use) gets its orange from the thread, which is dubbed with ginger seal--. I love using this fly at dusk because I can keep going with it and not have to change it. 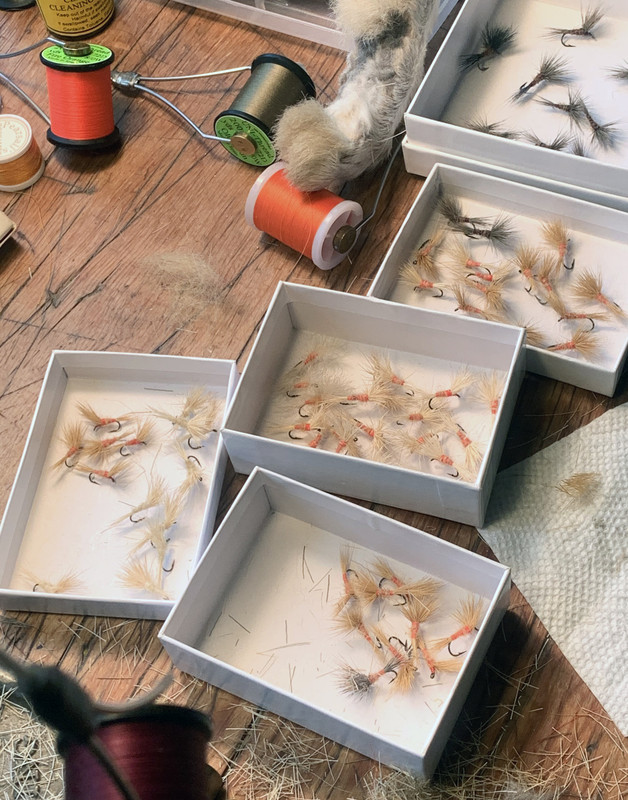 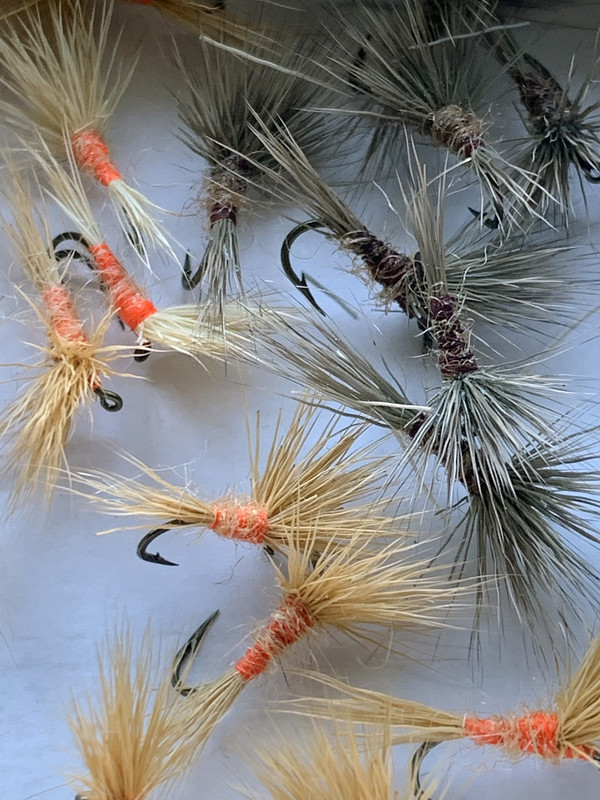 by twistedtippet
Some Sulpher patterns I've found to be productive at times.
The first is a simple cripple pattern that also works as a spinner. Fished floating in the film. 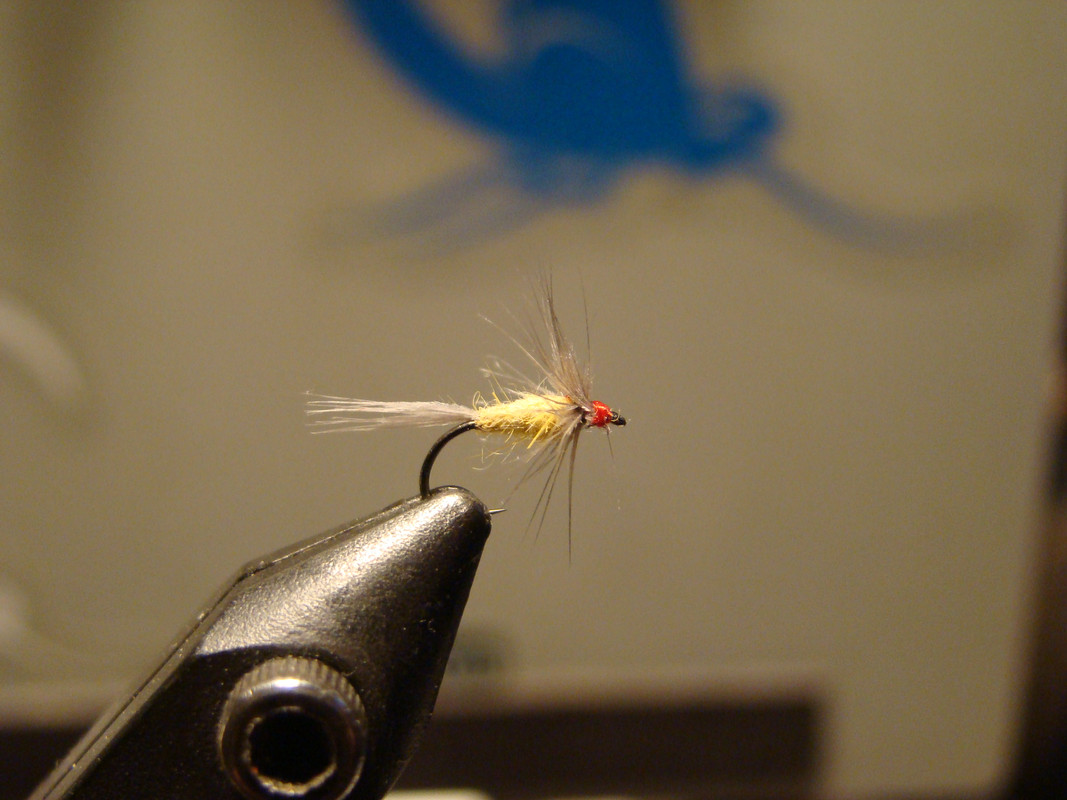 The second is the standard Comparadun pattern, which I often fish with the cripple dropped a foot or so behind. 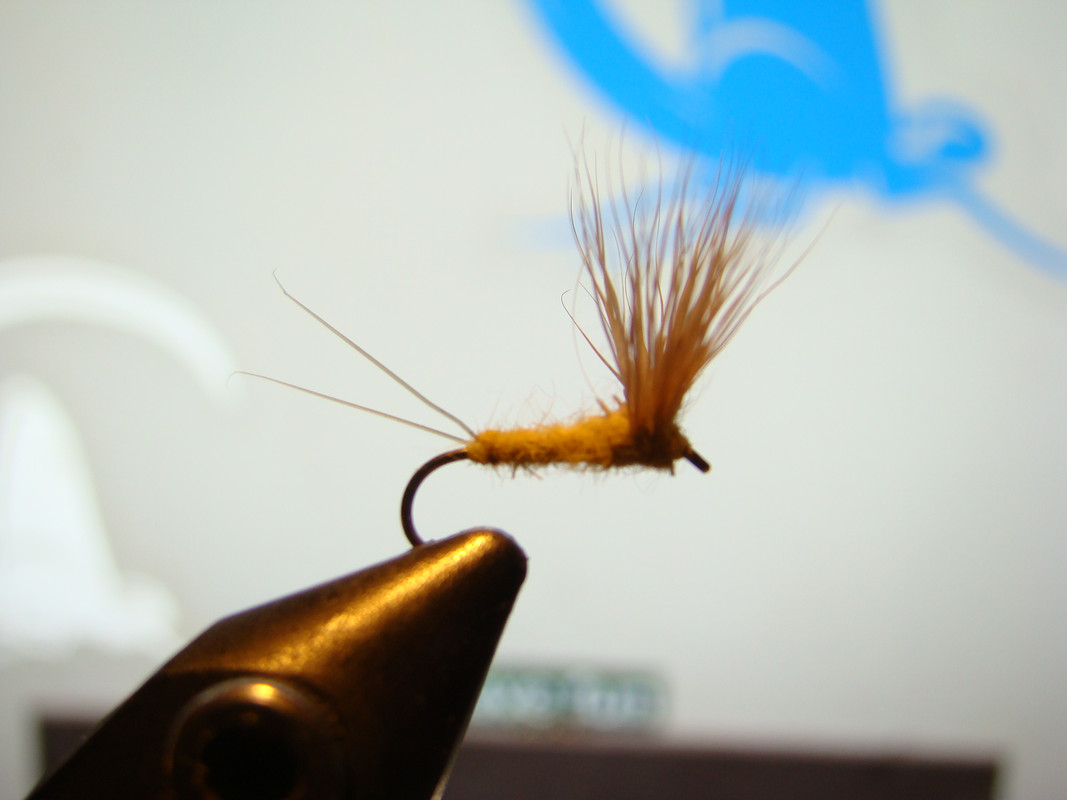 The third is the spent spinner which often works after dark. 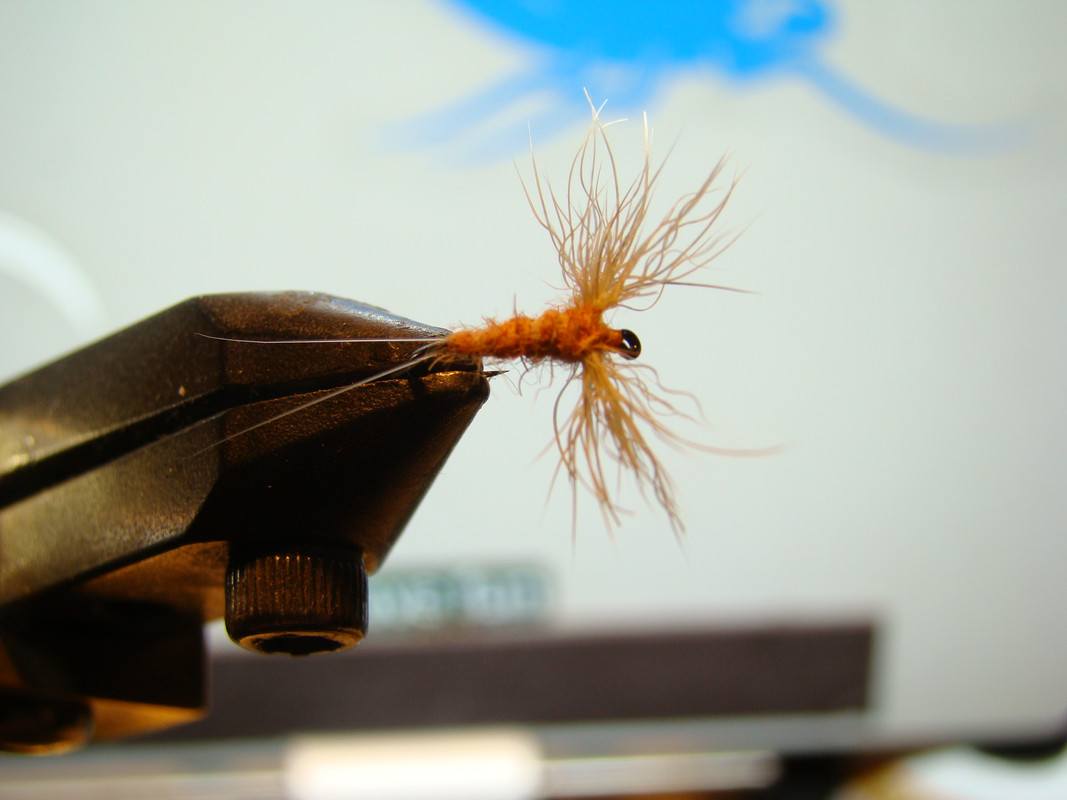 Just remember "everything works sometimes, and sometimes nothing works".

When nothing works try this, at least it will make you smile. 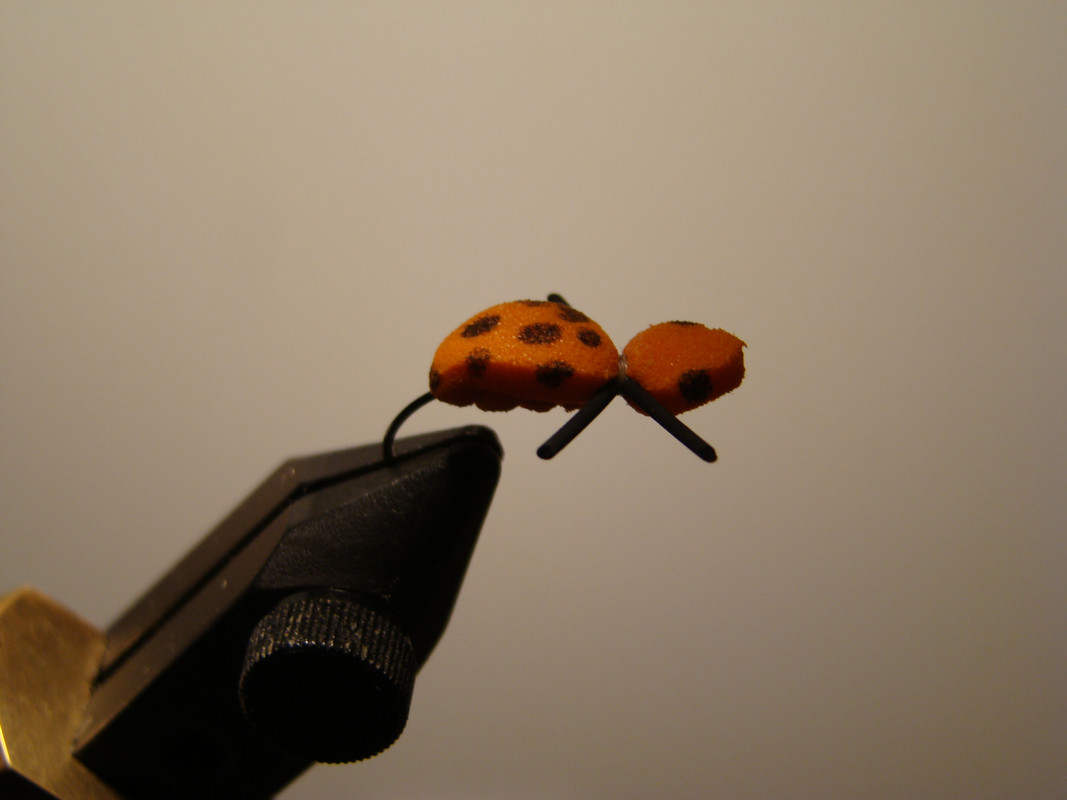 by Laminarman
Thank you! I will admit I never seem to use beetles unless I'm out West, probably a big mistake.
All times are UTC-04:00
Page 2 of 2