My tying season begins when the Christmas Trees go up (there are three of them this year, this is what it's like living in the city--yearning for the woods).

And the rivers too--. I usually start with Haystacks as a way of getting in the groove--getting a feel for proportions, thread tension, and so on. Here's some Sulphur and Iso Haystacks: 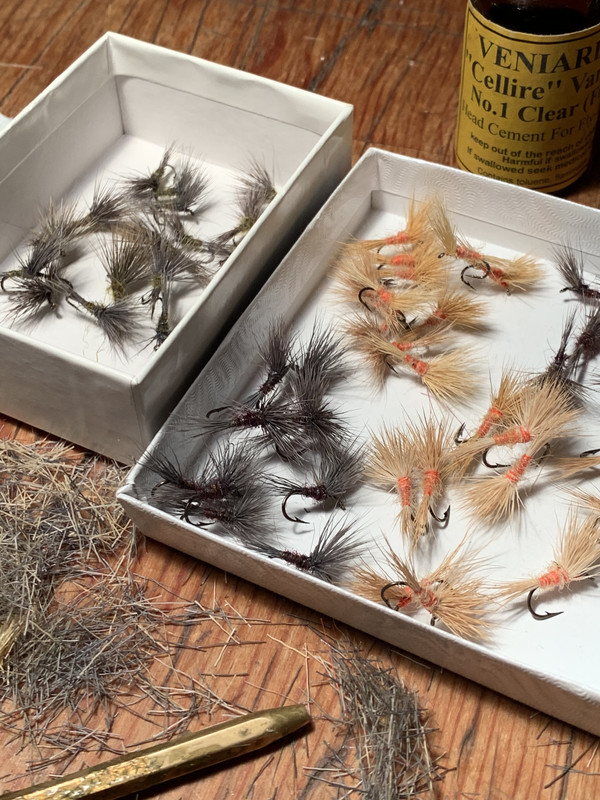 Next up: Coffin fly Bombers: 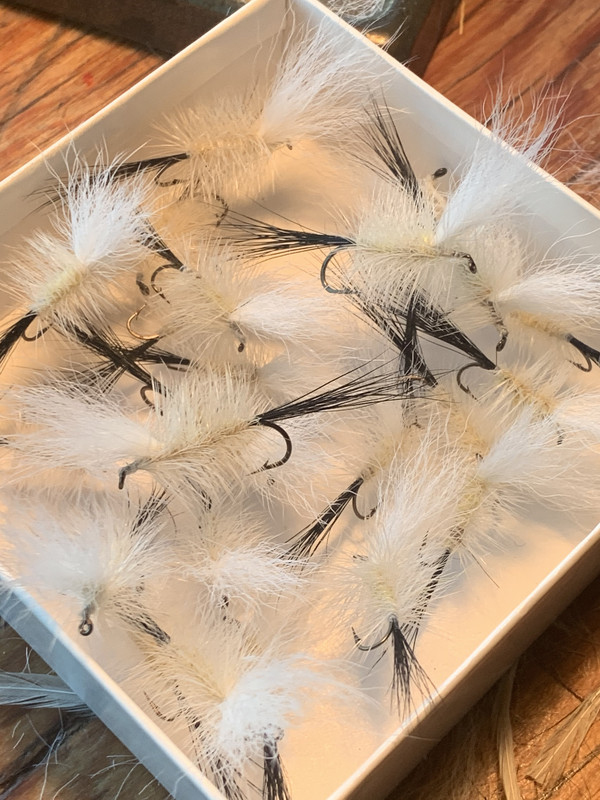 I want to tie some with variegated calf wings--probably this coming weekend--then go on to tying tiny streamers--size 14 polar bear dace. Then...then...lol!--so much to tie, so little time (and so little daylight).

Let's see what you are tying!

I've been tying these for an etching project I'm doing with Adriano Manocchia: 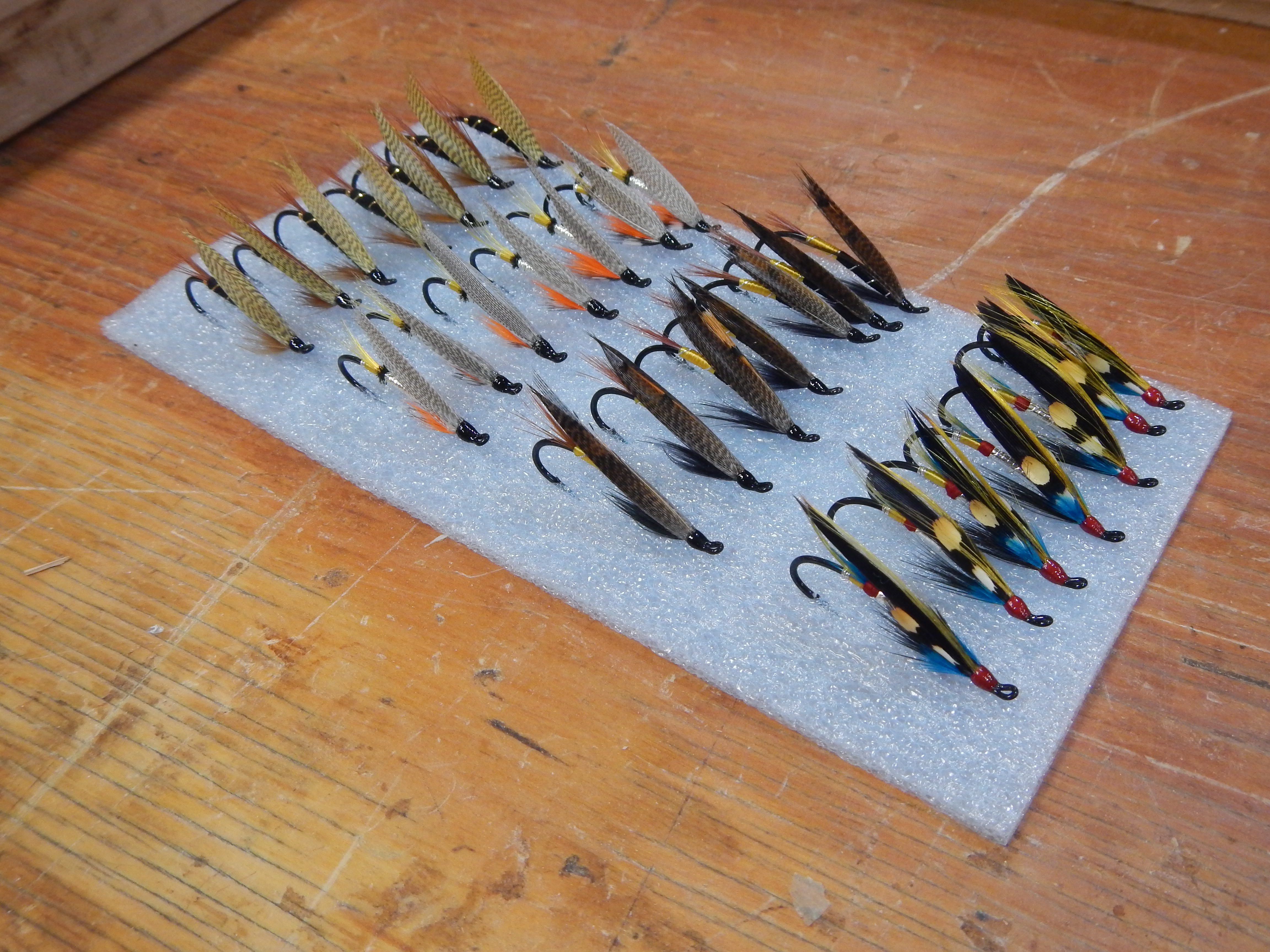 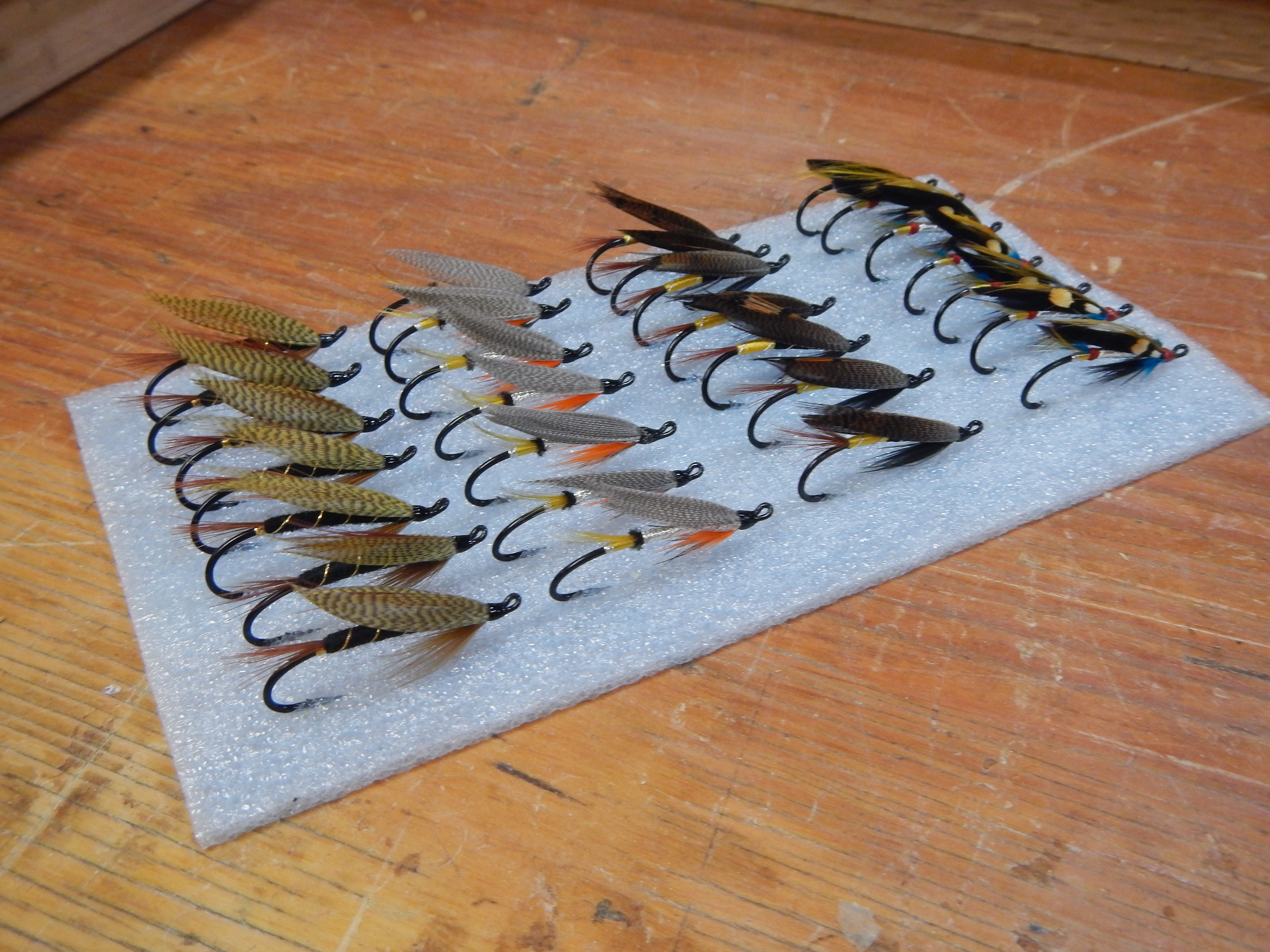 Here's one of the finished framings of Adriano's etching and my flies (which were the models for his etching: 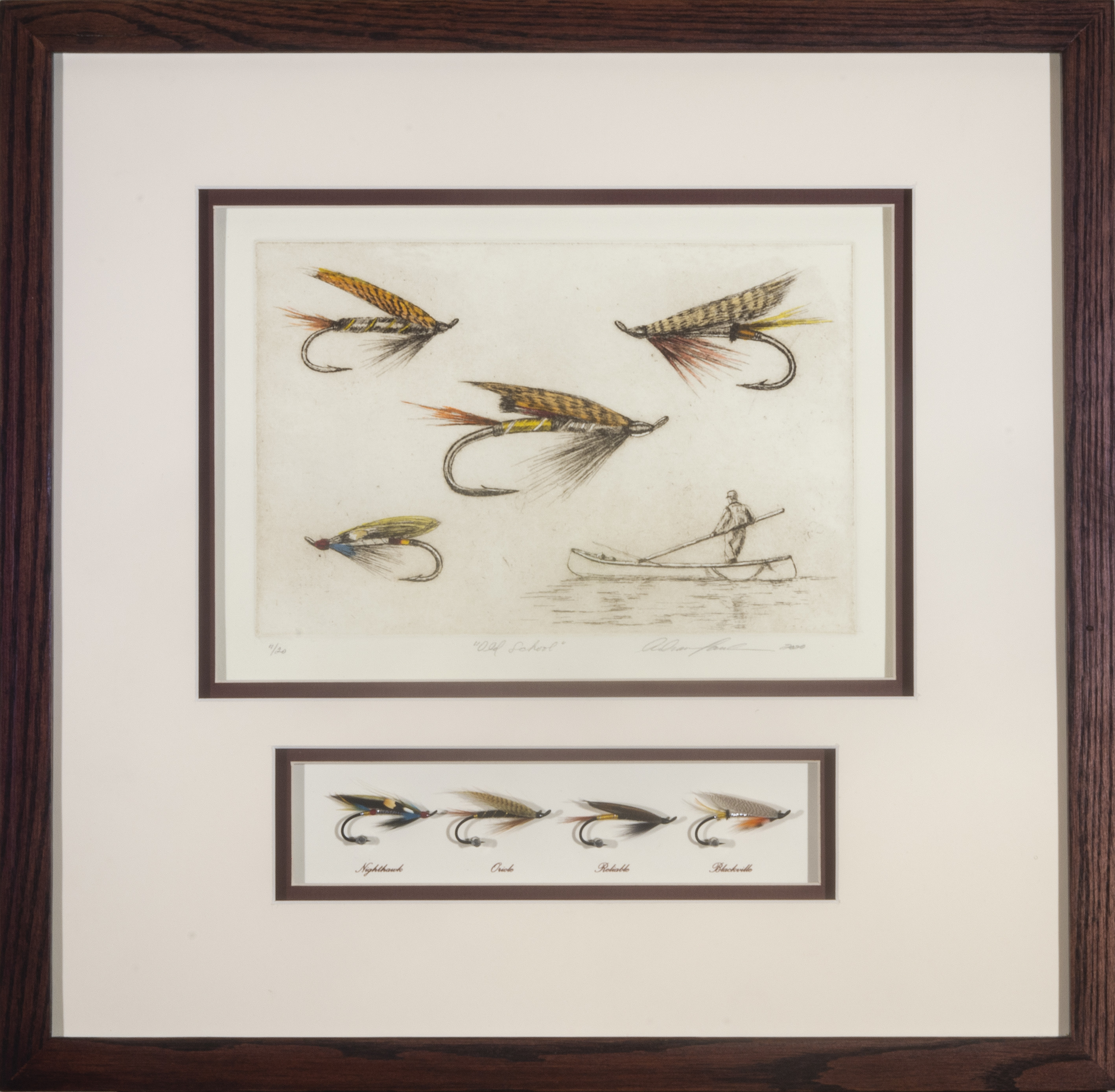 okay bb. you got me...midges, midges and more midges...did in say midges?
Top

Ted, these look really nice--what hooks are you using, and what size are they?

And what are you using for your collars?--Small soft hackles collars are so fragile--and it's hard to find good hackle for the purpose. I love Jungle Cock hen capes-- for this purpose. I don't wrap hackle but use this method. I can control the amounts, length and fiber thickness much better as well as faster.
#1 tie in fibers for hackle..I use lots of different body feathers. this is from a mallard.

#2 wrap body and cross wrap with thread to back of hackle. for thin bodies I use thread, thicker bodies I like pheasant tail fiber or similar, and for bulky bodies I use peacock herl as well as dubbing.

#3. spread the hackles manually the start the thread. this is the first turn. if done properly (takes very little practice) the thread grabs the fibers and brings them around 360 degrees

#4. about three turns of thread through fibers

#5. pull back and tie off. finished fly

I really like the sabers because I get the same look as the 3906 without the big bulky hook...I feel the fly floats more like a natural...An advantage?
Top

That's exactly the way I tie pheasant tail soft hackles -- including the use of mallard coverts.
Bob
Top ... I haven't started tying yet as I fished the Esopus to the bitter end, standing in a cold rain and rising river on November 30th...

... then I strolled down to the Garden State for a day out... this week I'll start my "fly tying season"... starting with streamers and bucktails, trying to do what the late Dick Talleur said was required: "thread control"...

Be back soon enough...

Ted, I like how you are 'wrapping' your soft hackle--this process would work great for a Stewart's Black spider.

CJ--do you fish your salmon flies? That 10/0 hook is impressive--I can;t imagine what kind of rod/line set-up it would take to cast one.

Users browsing this forum: No registered users and 5 guests