I’m following along here as time permits..... I’ll get down to business soon enough!!
Nice work everyone!

CJ--do you fish your salmon flies? That 10/0 hook is impressive--I can;t imagine what kind of rod/line set-up it would take to cast one.

Someday bb! A friend and I actually planned a trip to Canada this year, but you know how that ended up.

And yes, that 10/0 is a seriously heavy piece. I too can’t imagine what you would cast that with. I would love to know if anyone actually ever tyed a fly on one!
CJ
"Gentlemen,remove your hats,this is it"
"This is where the trout was invented?"
"Oh he existed in a crude,primitive form in Waltons England"
"But this is where they painted spots on him and taught him to swim"
Top

Hello, I do not start tying until Feb. First I get rid of the flies I don’t want by stripping them to save the hooks. Then I start tying what ever comes to mine. One day it could be caddis,the next maybe only nymphs, and so forth. If I am fishing and catching fish I may give another person some flies if that person is having trouble with catching some thing. I enjoy tying in Feb. as I have a bird feeder attached to my window where I tie and I can watch them and only be about two or three feet away. Birds are so much fun to watch. Hey, everybody have a Merry Xmas and a very Happy New Year. Let’s hope this vaccine works so we can all get out to fish this Spring. Bill the mailman. PS, I am probably like all fly tiers and have more flies then I need that is why I give so many flies away to other flyfisher people. Bill
Top

Bill, I used to strip old flies also, but often nicked the hook finish, which would lend itself to rusting... plus it was a long tedious, fun-less process IMO, plus I questioned how sharp and functional the hook was after prior use, so I long since stopped doing that task... BUT, I still STEAM a few flies that I think are worth saving/reusing...

and your last statement is so true, and such a PIA when one falls in, like I do, and needs to remove all flies from their boxes to dry properly so they don't rust...

I tend to tie flies as the ideas/thoughts dictate as I also have too many. Passed 173 dozen for the year on Sunday. Working on new variations, some flies for friends that I hope will be able to come up and join me in the spring, etc. I fish all winter as there are too many months of it and I had too many years in the limestone country not to go out anyway. Playing with some flies that move a lot and have a bit of attraction when swung or drifted very slowly like the one I call the Hen & Hare's Ear. A friend gave me a beautiful hen pheasant skin and there are a lot of possibilities with those feathers!
...a glint of sunlight on polished cane...

I guess my “second season” officially started this morning when I knocked out a half-dozen Red Butt Conehead Woolly Buggers on #8 Mustad 9672 hooks. I know that hackle might appear to be wound the wrong way, but I tie “fishing flies” trying to knock out as many, as quickly as possible, eliminating as many steps as possible. 
I spent parts of the last two days inventorying my tying supplies, now I need to inventory my flies--- starting with streamers/bucktails--- so I know what I need to tie.

I just had the itch to tie today, and it needed to scratch it. Plus if there’s one fly pattern I need in my boxes from mid-November through mid-March, it’s a Red Butt Conehead Woolly Bugger. About every other year I get in the mood to tie and fish variants. This is the year again. The biggest issue is finding enough large, stiff hackle for my larger variants. 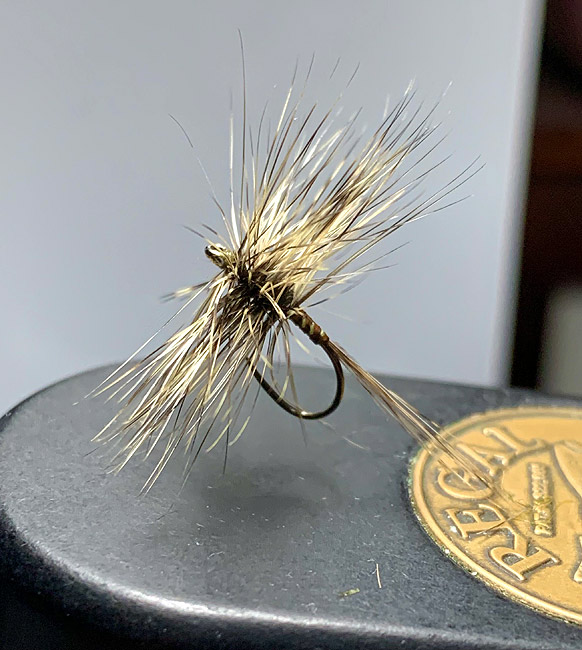 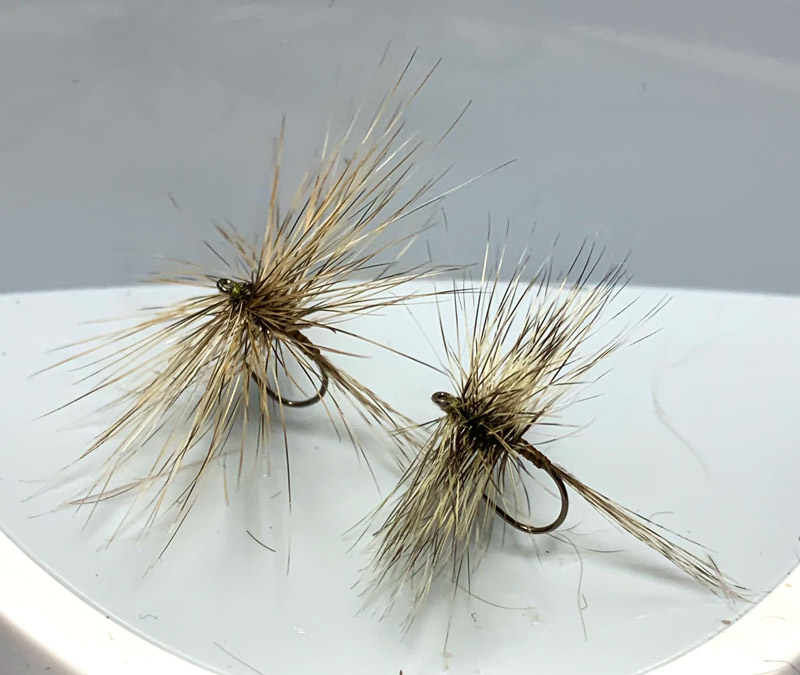 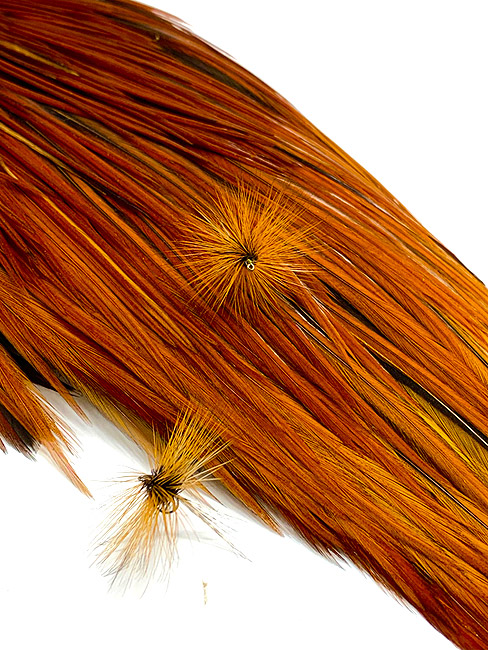 Lots of great tying here, guys--keep it up! John, I fish big spiders and skaters too--though not often enough. For hackle, I use spades for the skaters, and Krosch saddles for the spiders--.

Bill, maybe start tying earlier this year? Nobody's going anywhere the next couple of months anyhow. Dana?--C'mon, time put aside your vice, and get to working at the vise, ya know? LOL!