This thread needs some attention--it seems like everyone's over on the Flymph Forum these days.....I'll get there ....eventually.... 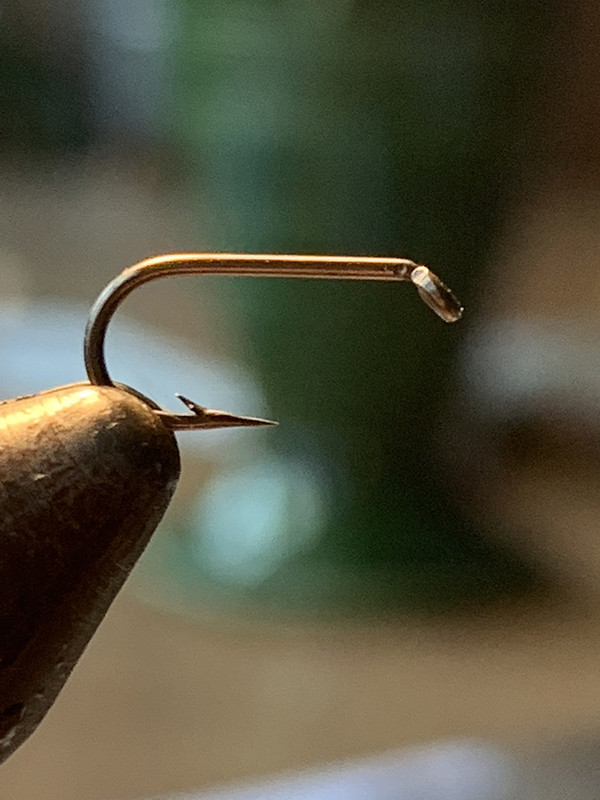 This particular L2A is a size 14. It is 8mm long, and weighs roughly four thousandths of a gram (.043 gram). As far as I can determine from the packaging, it was made in the early 1980s. 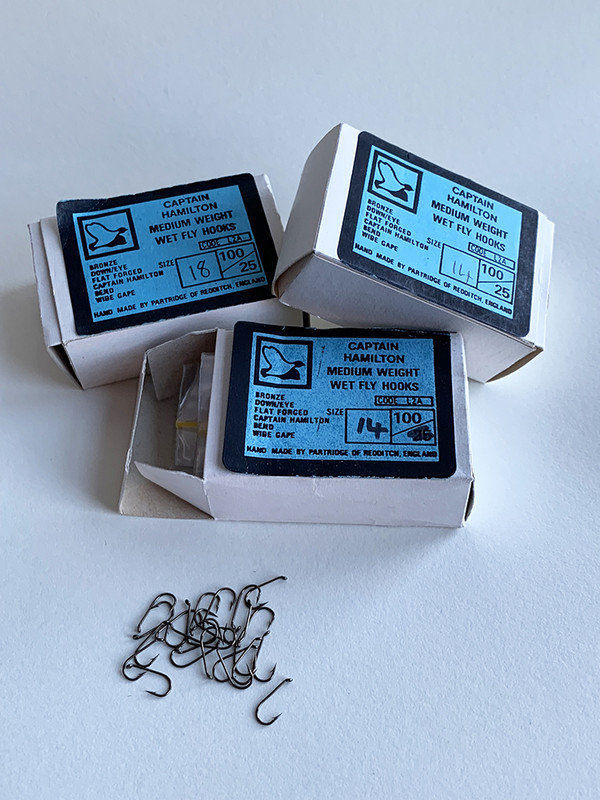 Partridge was one of the many hook making companies that for generations was based in the area of Redditch, UK. It is not certain when exactly the company was founded, except that it was begun by Albert Partridge around the turn of the 20th century. Needlemaking and hookmaking were partner enterprises that grew out of the Industrial Revolution--and specialist fly hooks evolved as a niche market. Many hook-making companies emerged in the 20th century, but Partridge, along with Allcock and Seeley, were among the most refined and enduring. During World War 2 the hook-making factories of Redditch were heavily bombed, and some manufacturers, like Allcock, never regained their footing.

The L2A shown here is, in my opinion, a masterpiece of British industrial design. It is a medium-heavy hook for wet flies. The hook is forged from carbon steel wire. It is a serious hook, the turn of the eye looks like it had been forged and hammered by Thor himself. The bend is what is sometimes called a "Perfect" bend but it is also what is known as a Captain Hamilton Bend. According to Richard Jeffries (to whom I emailed a query), Captain Hamilton was a Scot who emigrated to New Zealand in the 19th century, and asked Hardy's to make him a stronger hook with a round bend and wide gape for large New Zealand trout. Partridge made hooks for Hardy's, and the Captain Hamilton wet fly hook eventually became one of their iconic designs. The business end of the hook is accented by a decidedly pronounced barb, a slender sliver that is cut after the point is formed. The finish is dark bronze. We don't often described fly hooks as having the patina of a Rodin, but these do. As hooks go, they have a very understated beauty, folded into unstinting functionality. Very nice! I have all of the old ALLCOCKS salesman’s cards – if you email me I will send you photographs of each one.
Dana
“Time to go fishing”
Top

Thanks Dana, sent you a email!
Top

This thread needs a bump--and more posts of hook stashes, and an update from Dana.

I've gone through my posts to restore the broken image links, thanks to fotofucket. I also restored the photos to the Carrie Stevens thread, and will work on some others in the coming week or so.

I've probably posted this elsewhere, but here's a couple of updated (2019) versions of my hookcharts. 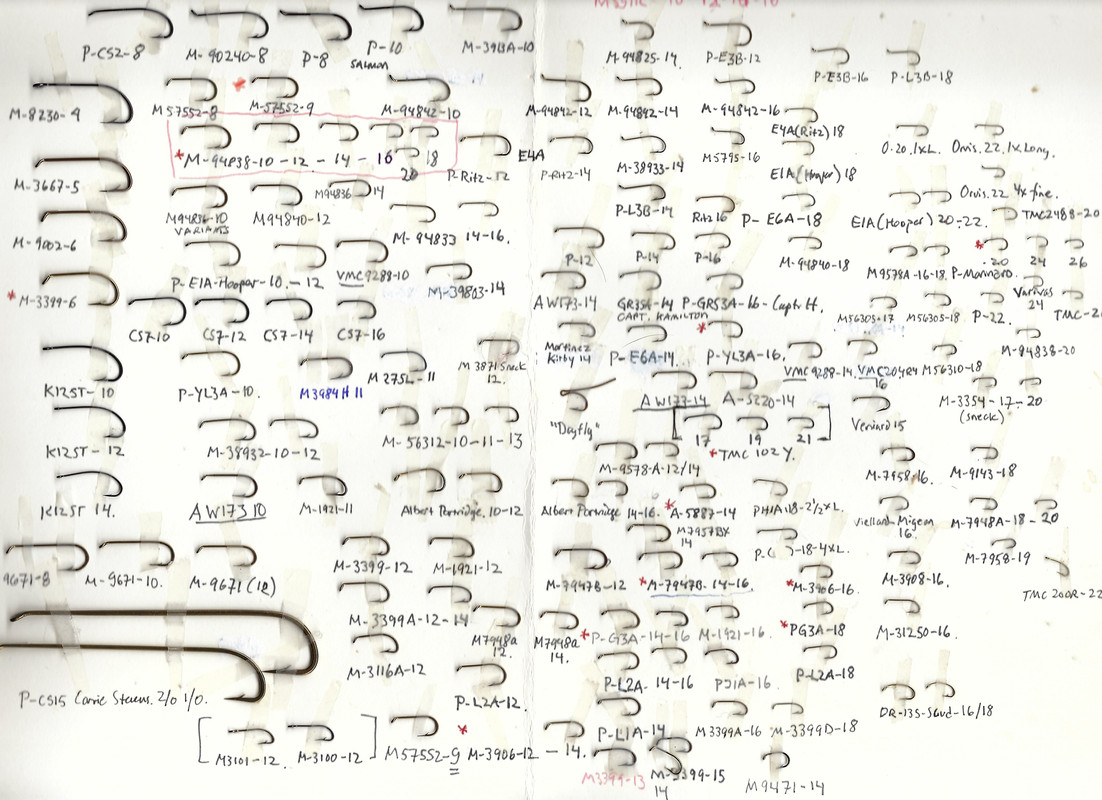 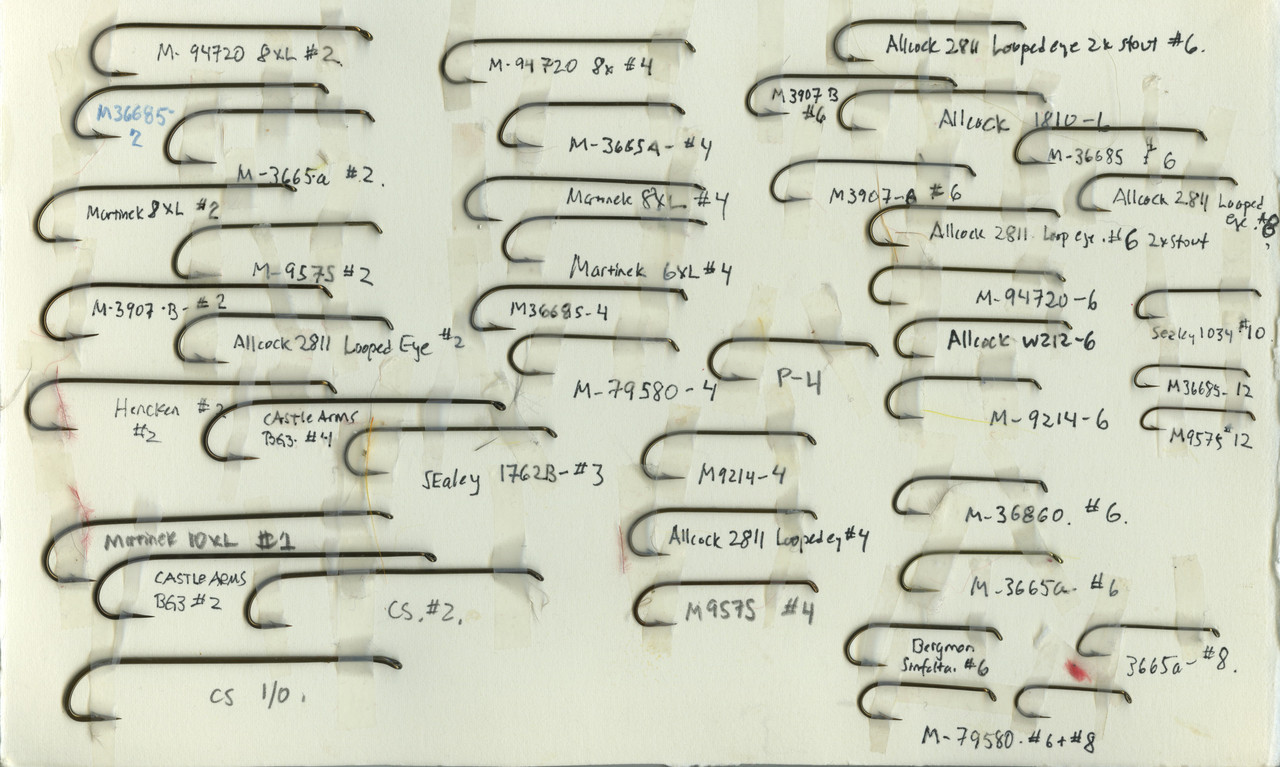 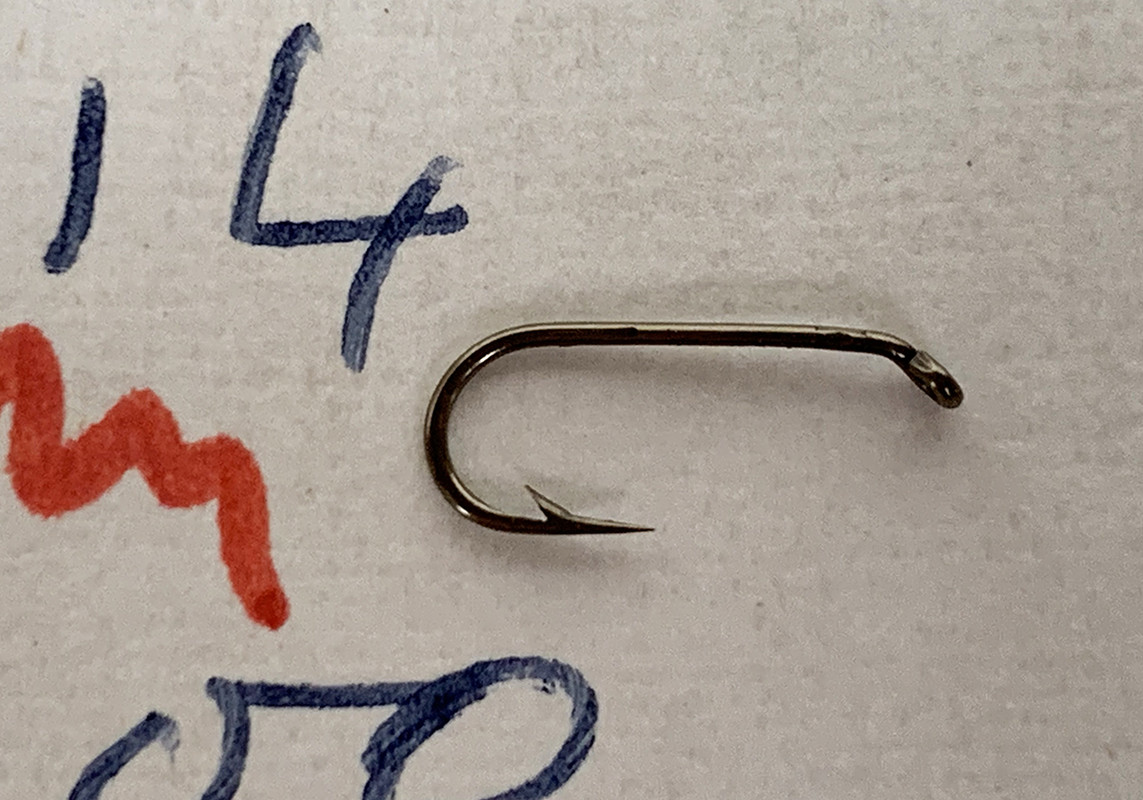 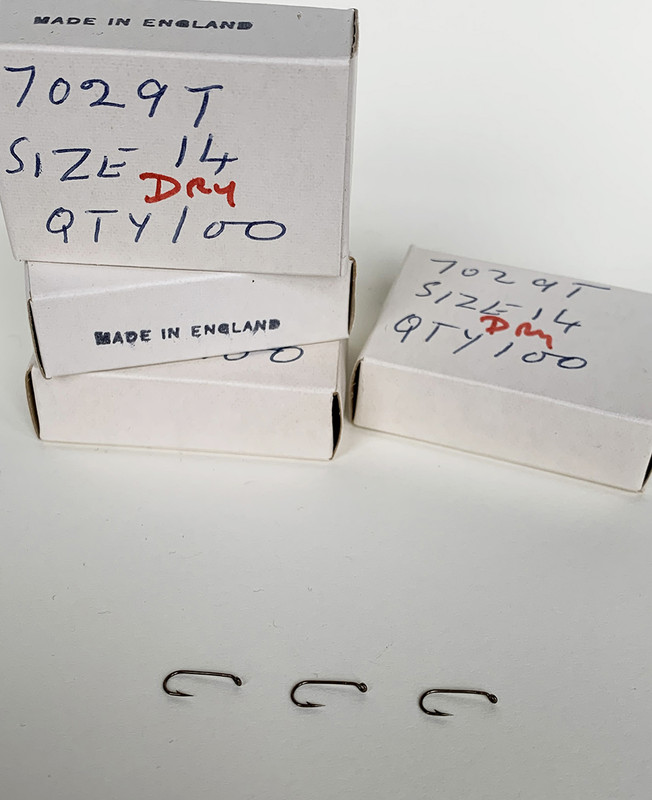 Ahhh, Joseph! A supreme hook indeed! I happen to have a few of those scattered throughout my collection. They are quite well-made. I do in fact have some new items to post here-I’ve been tied up with family matters .............maybe I’ll get to it this weekend.
Nice post

No wonder the vintage hooks are hard to find!

But that's part of the fun!--trying to find them.... They are out there, you have to look a little harder than you did in the past, but every now and then some great hooks show up--even right under the noses of anglers, such as at the shops at the CFFM in Livingston Manor and the Rangeley museum in Oquossoc--which I realize is a bit of a trip for most people. Keep your eyes open, and when you find something good for sale, buy them all, lol--Dana does.