by BruceC
So let's stir the pot a bit and note that Mike's pictured fly shows a "naked neck" (space between the eye and tie off point) while others shown vary. Let's preface it that all the flies pictured would be prized in any fly box of mine so it's not a comment on right or wrong. Sorry to hijack the thread but I'm curious to hear some comments from Joe et al.

by BruceC
That's really funny, Mike. Glad you posted it here. I had followed the post on JB's board and thought I would just help this board on its way a bit. Looking forward to the book!

by narcodog
Joe, I think we need to have ready access to a dictionary here. I can't even pronounce the words that Mike is using.

Here is an image of my Red Quill; it's a chapter opener from the book. The image in the book is a half-page--but has intro text along with it. I

It's just to give an example that there is a range of ties for this fly. Some use natural Rhode Island Red quills. Some use simply other brown quills. Some dye their quills, some don't. Some tie in a red head- Some finish the fly with a handsome quill varnish coating--giving a nice glassy, pure appearance. Flick used copius amounts of head lacquer, not varnish, on his quills for this fly.

You will note I don't get too carried away with a smooth finish. I don't have the patience. But others' like that---and man are they nice! It's just preference. To each is own. Everyone has an interpretation.

What you will see in the book--which I hope I'm not being self-serving in this comment--(not trying to sell it) are Red Quills from the following: At least 3 Flick-tied Red Quills--one coveted from my private collection. A Mary "rusty-red" dyed quill body, A Mary more starkly red dyed- quill body. One of the Red Quills was tied with dyed quills given to me by Walt decades ago (as an example of variation in my own tie of the fly). One by Ernie Schwiebert. One by Darbee etc etc.

In all of these you can see the range of appearance--quills (tapered or not) and wing heights etc.

BTW CJ---the fly pictured here has quill obtained from the same source as shown in your Red Quill--Joe Fox!

by catskilljohn
That is another nice Catskill dry buddy...man you are something. I also like your idea of everyone doing there own thing. Sometimes I get caught up in the "whats the right way" only to later realize the the right way is your own way.

I love Ted Patlins wet fly style, very low, thin wings, just what you would desire in a fishing fly. Only they are all like show quality. I sit at the vise and try to replicate them just like his. Last year at the Danbury show, I brought some to show Ted, and when I took one out to show him,I told him I "tried to tye it just like his" He looked at me over his glasses, and said "you tyed it to look like mine? Tye them to look like yours". That was the best advise I ever got in fly tying.

Didn't mean to get off topic, sorry! CJ

by narcodog
I love all three of those quills, they have such depth.

by narcodog
Joe,
I received the red neck today, it will make some great quills. Thanks.

I used a brown hackle stripped quill and ‘painted’ the stem with a red marker. It turned out pretty okay 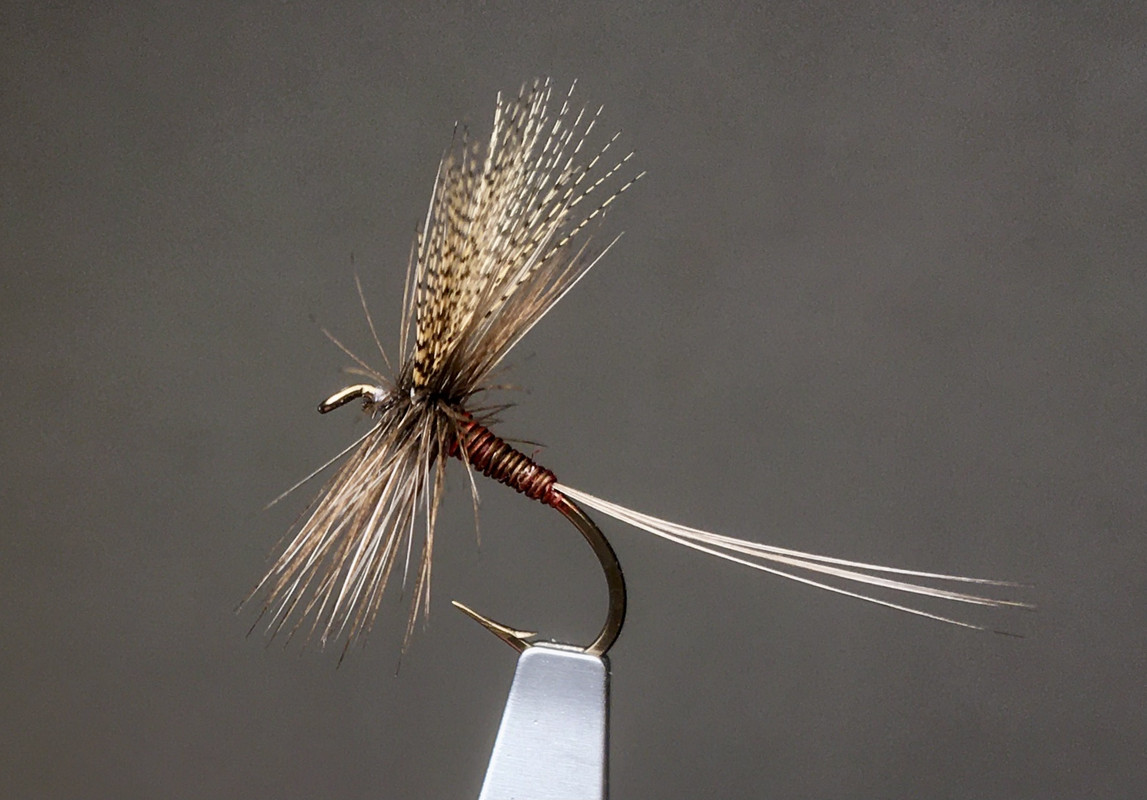 I used to do the same thing until I discovered that some floatants dissolve the marker.
All times are UTC-04:00
Page 2 of 2