From Halford's early dries to the Catskill dry and everything else that floats on the surface.
Post Reply
140 posts

Chase--are they at the CFFM? I'm sorry, I don't know who's-who, so any info would be useful. You can PM me if you don't want to post it.

Still working on this...it may take a while.

Meanwhile, as part of my research into the film, I am trying to identify two other people who appear at various moments in the footage: 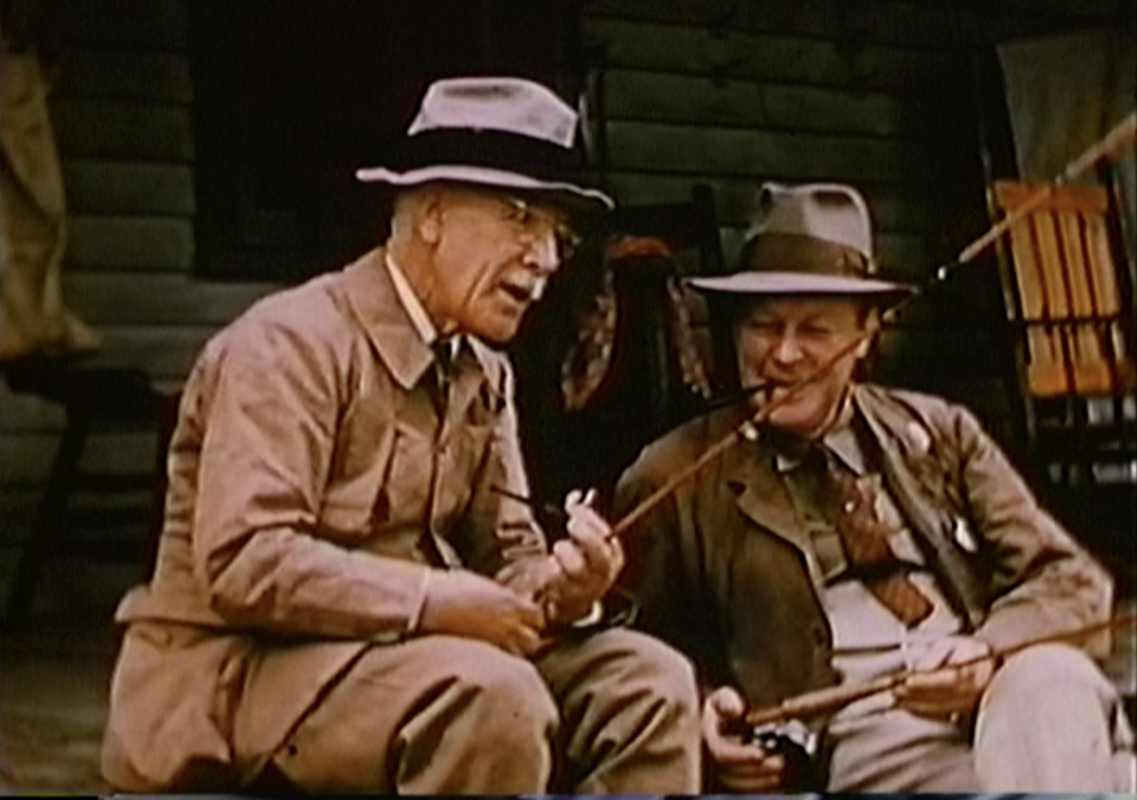 Does anyone have an inkling who they might be--or does anyone know who might be able to help? The film was probably made in the early 1950s (the Ashaway version does not have a copyright date, but Hewitt died in 1957)--so both of these guys were probably born around the turn of the last century.

Man, wouldn't you just love to sit in one of those chairs behind them, a glass of good scotch in hand, and listen to their stories.
Top

Fella on the right may be Sparse, although it is hard to tell. He wears a similar fedora (and has a pipe clenched in his teeth) in cover photo of his posthumous book of essays: An Honest Angler.

Photo could also be Ernest Schweibert...again, tough to get positive ID.

Some of the names of Hewitt's 'Neversink Rods' were: Dick Hunt, Rogers Lamont, Joe Bamford, George LaBranche, Tom Collins, Reg Cauchois, Steve Dawley, H.G. Pickering and Sparse Hackle. (This per an essay in The Legendary Neversink.) Of course, there were almost certainly other guests, but these fellas sound like the core group.
Give a man a fly rod, a shotgun and a bird dog and he'll never be worth a d*mn.
-Old New England saying
Top

Thanks, it does look like Sparse!--only elsewhere in the film--Here's another shot: 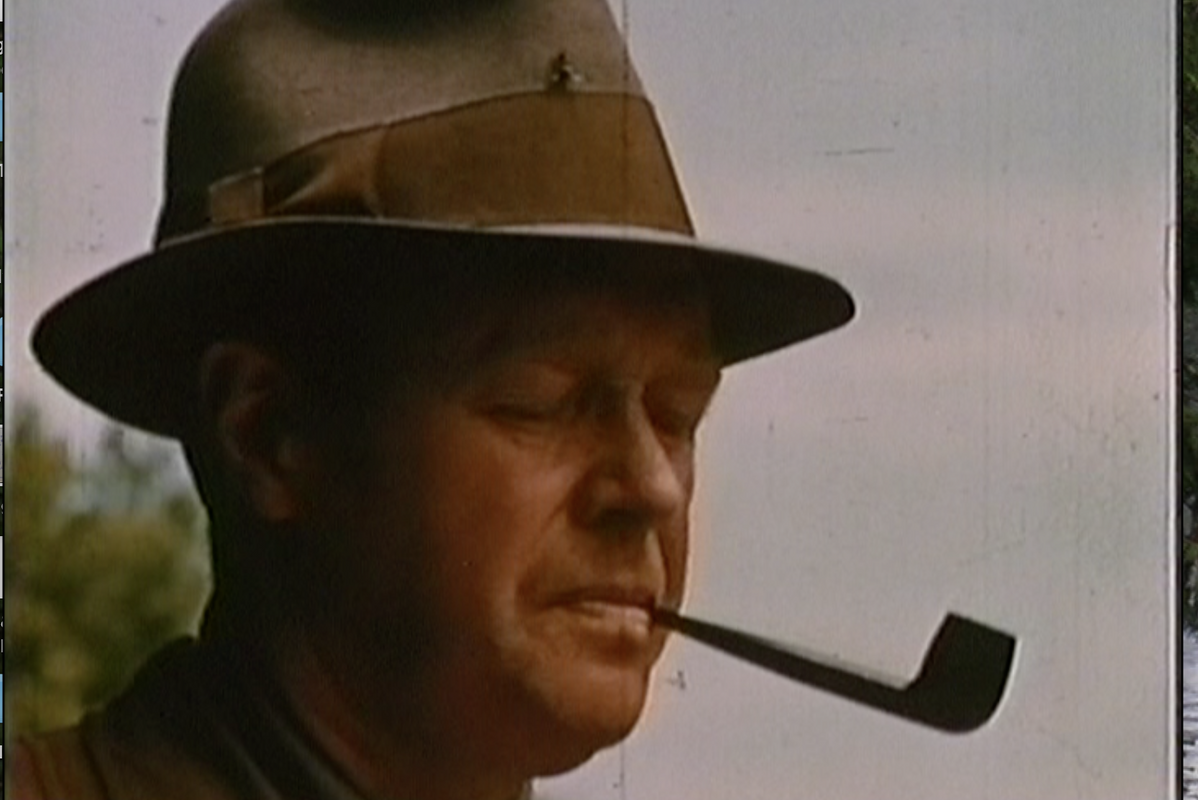 Where can I find the essay you mention? Is it in the Sherwood /Sparse book?

In the few photos I have seen of Sparse, he wears glasses, but maybe that was in later years ( ? )
Give a man a fly rod, a shotgun and a bird dog and he'll never be worth a d*mn.
-Old New England saying
Top

BB, I feel confident that the gentleman on the left is George M. L. LaBranche. DOD, 1961 at age 86.
A number of photographs depict both Mr. LaBranche and that hat.
Top

Yes it does look like LaBranche. I believe other photos/sketches of him also show him in a similar fishing jacket.
Give a man a fly rod, a shotgun and a bird dog and he'll never be worth a d*mn.
-Old New England saying
Top

Thank you, Charlie! LaBranche did cut an aristocratic figure with that sporty jacket--makes a fishing vest seem downright plebeian: