Well, it finally happened… the one dumb thing every fisherman has done at least once finally caught up to me: I forgot my rod on the roof of the car. A good Paul Young 8' bamboo rod and a nice Godfrey bench-made fly reel—too much $$$$ to think about.

My excuse was I was tired. The fishing day had been long, and good. I caught one rainbow so big and fat I could not move her through the current—I could only hold her in place as I slowly worked my way 40 feet down to her in three feet of churning Ausable turmoil. Later, I walked back to the dam parking lot in Wilmington and put the rod on the roof of the Volvo and then an elderly man came up to me to say some things and I had the dog on a leash—but I'm deaf so I had to get some paper for him to write on from my waders, we chit chatted for a few minutes, and then I put the dog in the back seat and took off my hip pack and net and and plopped into the car and drove back to the cabin. It’s not far—a little less than a mile.

When I got at the cabin and turned off the ignition I realized my mistake. It was bound to happen—I’m actually surprised it had not happened before. The usual rule is: rod gets put away first before anything else. But the dog and the guy and my tiredness threw me off balance. Shit.

So I restarted the engine to drive back to the dam, but thought for the hell of it, for a one in a million chance, maybe the rod didn’t fall off?—and holy shit—it was still there on the roof. The roof rack rail kept it from sliding off. It survived the three-point turn in the little parking lot, and a sharp and steep rise to the road—then the turn onto the road, then the turn onto our road, and the turn onto the long dirt and gravel driveway, and all the bumps. 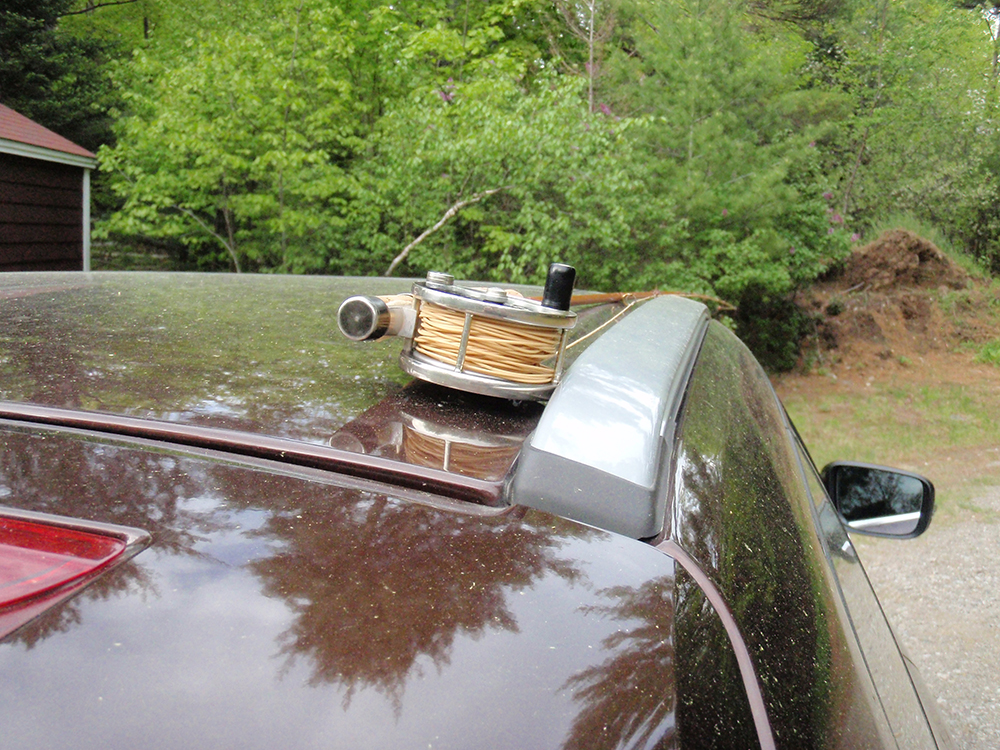 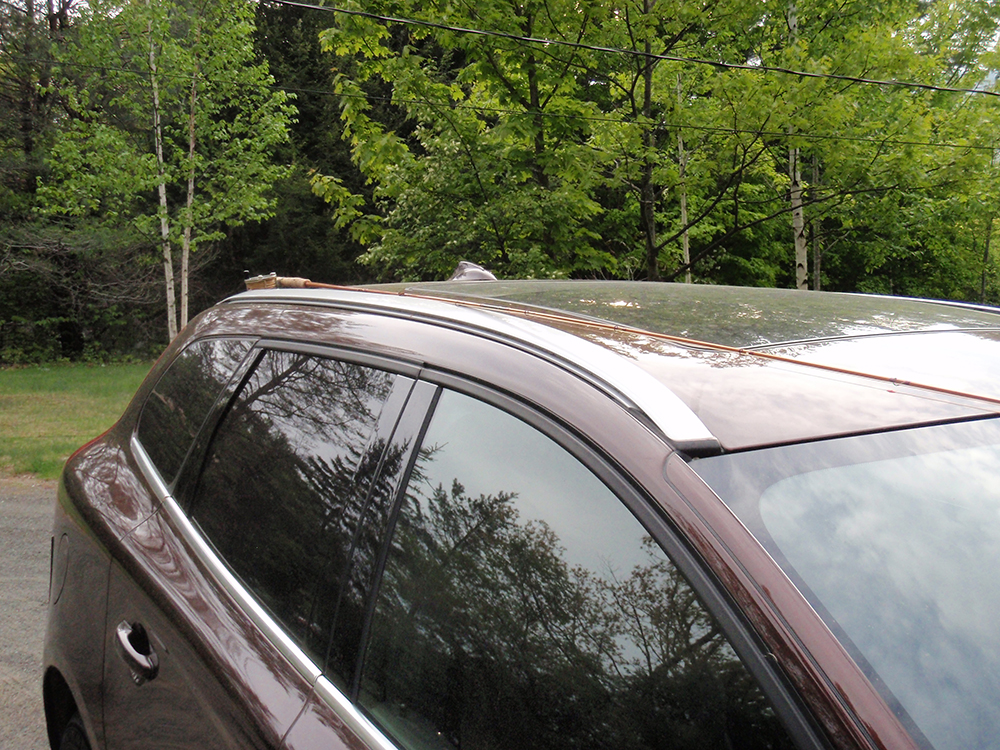 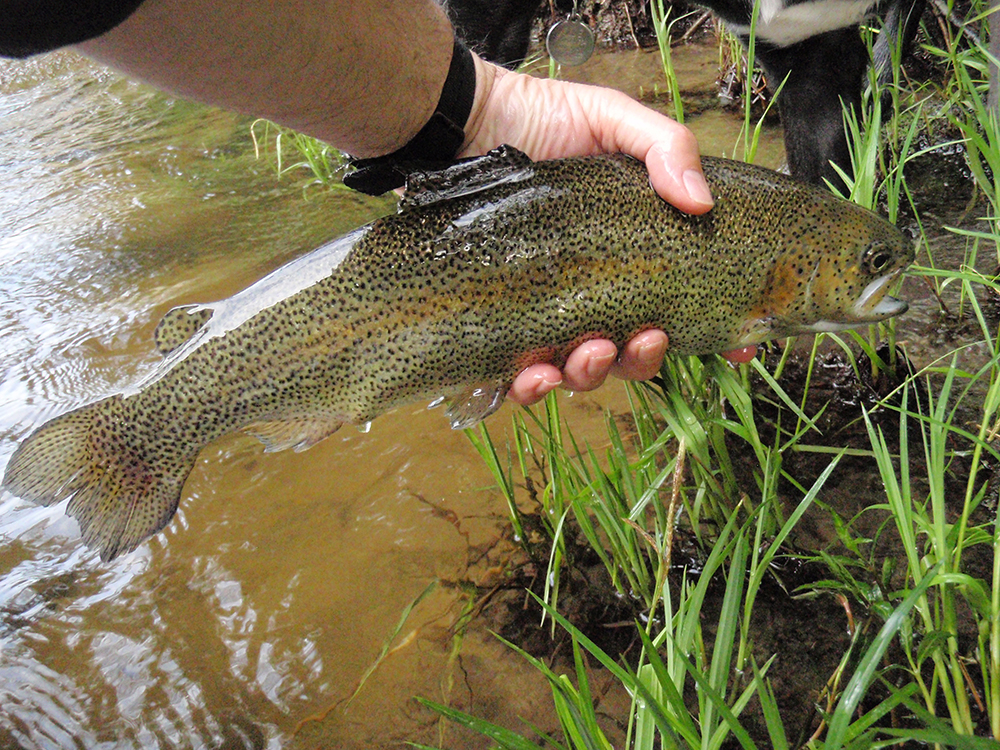 Wow! You must be living right.

Like you, I try to always put the rod away before doing anything else, but there are sometimes circumstances where I have to put it down. I've long since learned to put it on the windshield in such a case.
Bob
Top

Congrats! That is a fine day of fishing and about as much good luck as you could ever ask for.

I seldom fish with tackle anywhere near as expensive as yours, but nevertheless I do put the rod on the windshield (with a wiper to hold it there) at the end of the day.

rjj
Give a man a fly rod, a shotgun and a bird dog and he'll never be worth a d*mn.
-Old New England saying
Top

bb... good for you and St. Jude... I'd had similar experiences as yours, and except for two pair of prescription sunglasses, had successful outcomes also...

Never having owned an outfit that carries such a pedigree I can't speak to what the loss of it would have done to me. My guess is that I would be inconsolable for decades. I've never driven off with a rod on the roof, yet, but I've tried. Fate will catch up with me at some point, I'm sure of it. Glad the outcome was a good one for you.
Top


That's a really good way of putting it! It reminds me of a saying I heard from a veterinarian during a trip to Michigan's Upper Peninula. We were waiting for the anesthesia to wear off while my dog recovered from her third encounter with porcupines--and he said "In my professional opinion there are only two kinds of dog: dogs that learn, and dogs that never learn. You have the second kind."

Been there done that, last summer up in the Adirondacks only I wasn’t so lucky in that my rod of course blew off and was flattened in the road later when I drove back. Lucky you !!

Go buy a lottery ticket now because you are one lucky guy!
Top
Post Reply
9 posts • Page 1 of 1