I’m in Michigan for a couple of weeks, mostly for writing/work, but the house I am staying in has a nice studio for tying--so I brought several tying projects with me. One of the projects is to tie some flatwings for the coming season. Flatwings are my go-to streamer on the Ausable--the goal is to tie them a bit smaller than usual (2-3" instead of 3-4")--and to try experiments on body design.

Flatwings are so named because the hackle is tied perpendicular to the hook—laid down on the top, not the sides. The design had its beginnings with the famous Nine-Three streamer, originally tied by Dr. J. Hubert Sanborn in Maine in the 1940s. The fly earned its reputation—and name—by having caught a nine pound, three-ounce landlocked salmon. It was tied like no other streamer, with three green hackles tied in flat and two black hackles tied in parallel to the hook shank. Ken Abrames later redesigned the pattern for salt water flies for striped bass, and his flies are masterpieces.

Tying flatwings is slow—I might spend 45 minutes or more tying each fly. The materials are a bit arcane: polar bear, which I dye, is used for the tail, in a melange of yellowish brown, orange, red, and olive; the body is seal, ribbed with oval gold tinsel; the lateral line is a silver pheasant crest feather, with some strands of fine mylar for flash; the wings, the hardest thing to get right, are saddle hackle, usually three of four layers, barred dun and olive and badger in varying combinations. Then come the collars, from schlappen, the gills (red golden pheasant), and finally eyes of jungle cock.

Mine are messy, and I like them that way. 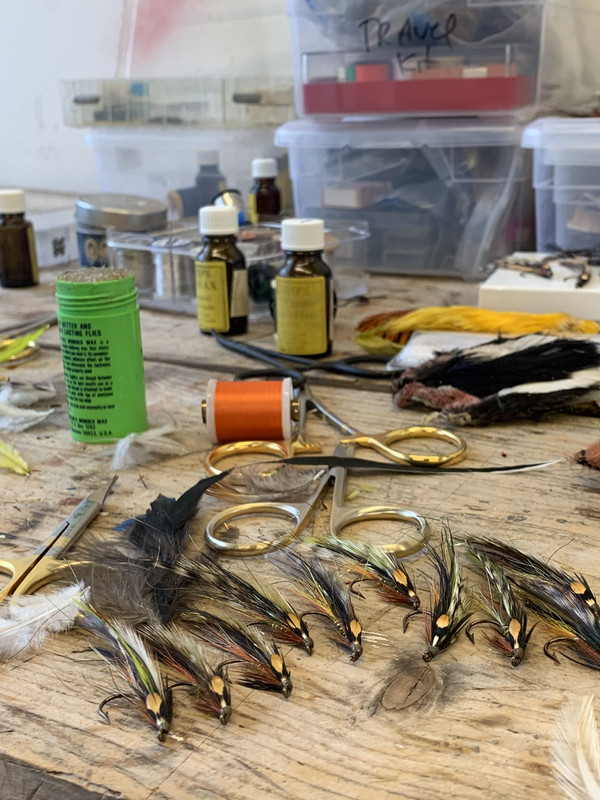 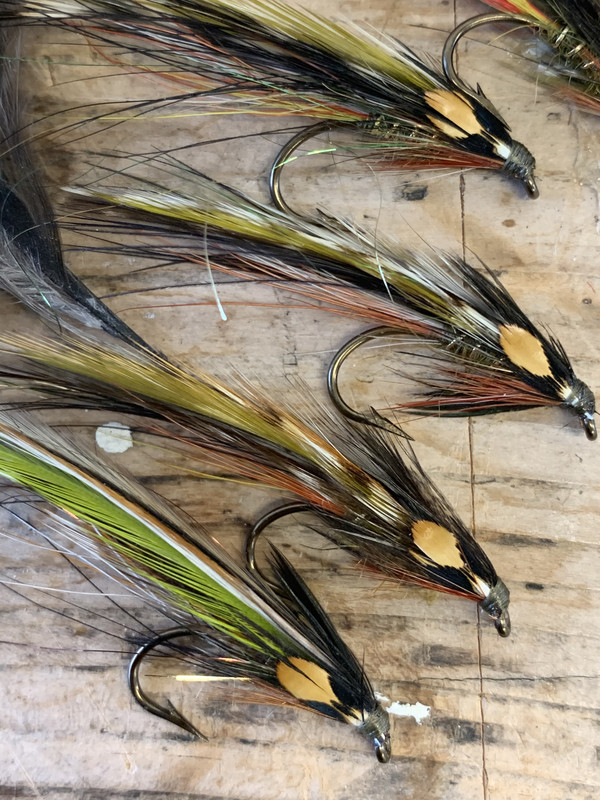 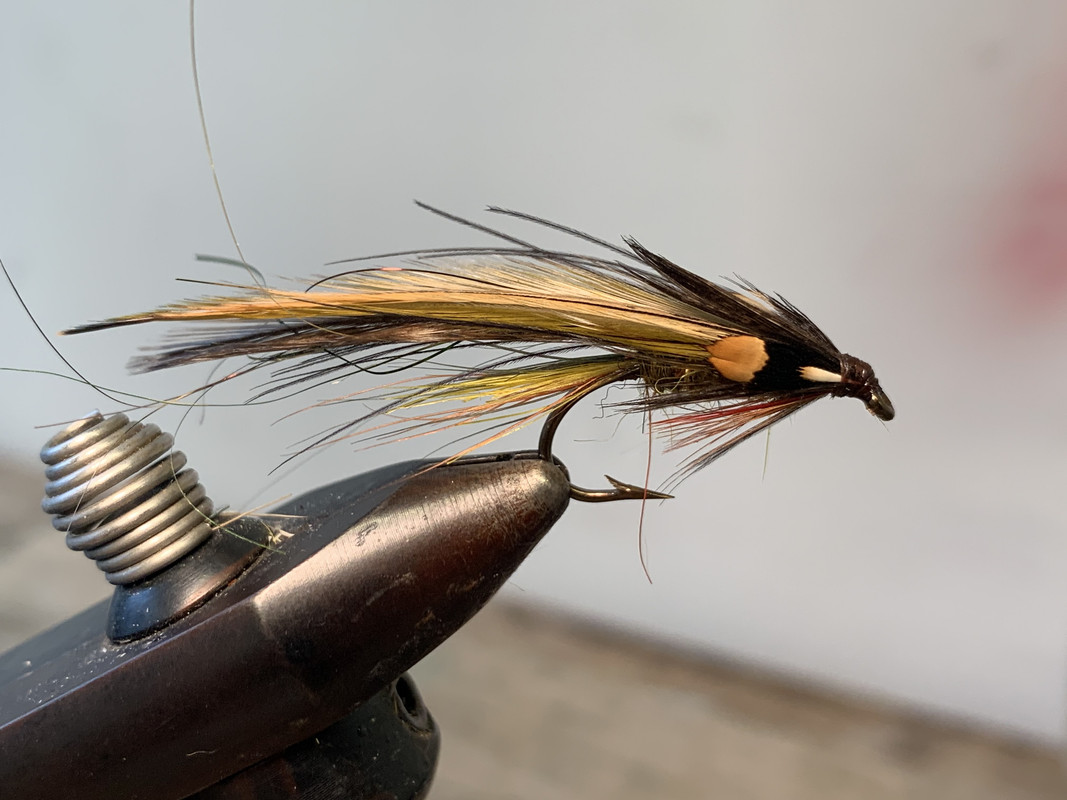 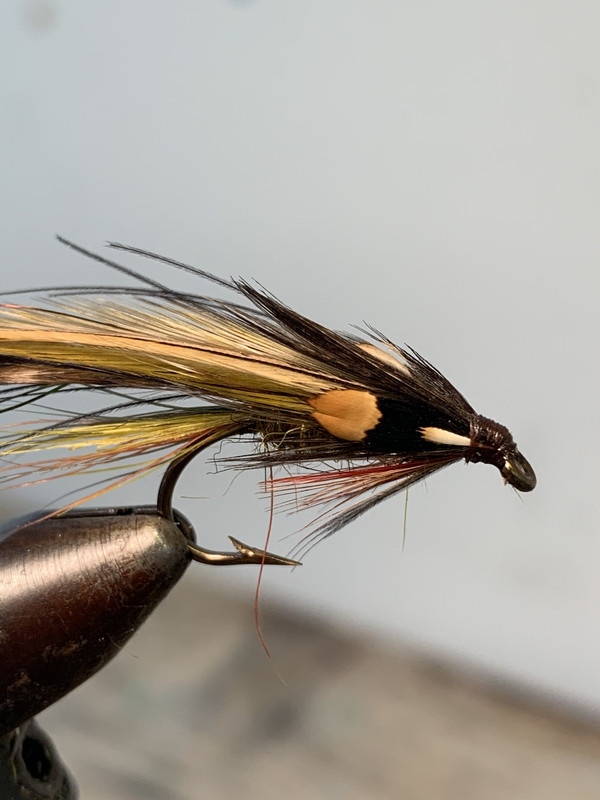 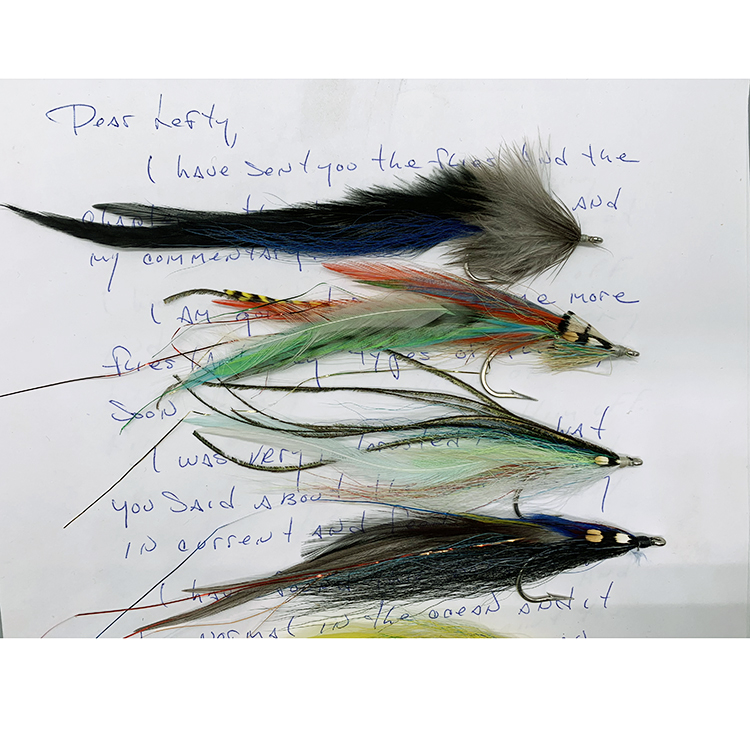 BB... interesting post and comments... I could see how these little streamers might do well for you on the peat-stained flows of the West Branch Ausable... and the length of your flies reminds me of Ed Hewitt's Neversink Streamer, which has served me well on the Neversink, in years goneby though I haven't attached one to my tippet in a long time...

I've always thought of "flatwings" as something like Joe's Smelt, or Joe Brooks Blonde... and when I Googled the term I notice the Internet finds a way of giving credit to an assortment of various tyers, with different names...

I've always thought of "flatwings" as something like Joe's Smelt, or Joe Brooks Blonde... and when I Googled the term I notice the Internet finds a way of giving credit to an assortment of various tyers, with different names...

Ed, yes--there's a very good flatwing pattern that uses duck flank, especially teal--. There are a lot of holes in tying histories, despite all that we know--so it will keep us busy tying to story things out.

I'm about done tying flatwings for the moment, it usually takes a couple of days to get in a groove when tying ANY pattern--I'll be switching to little polar bear dace tomorrow. 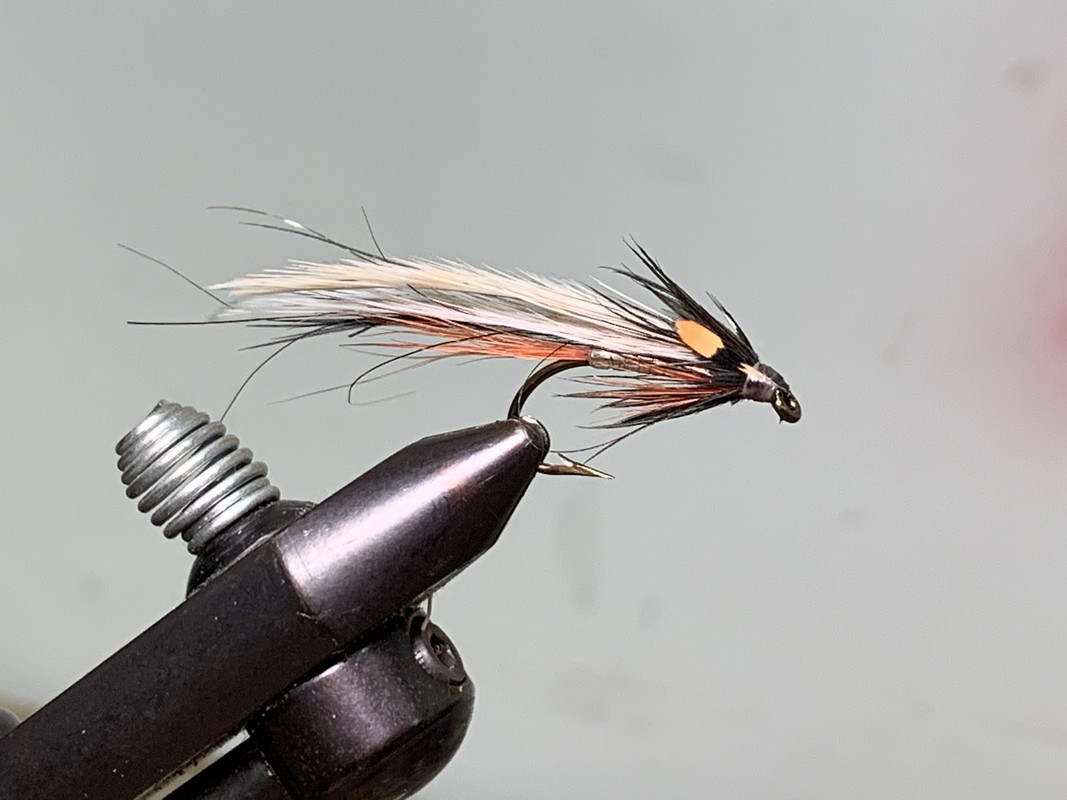 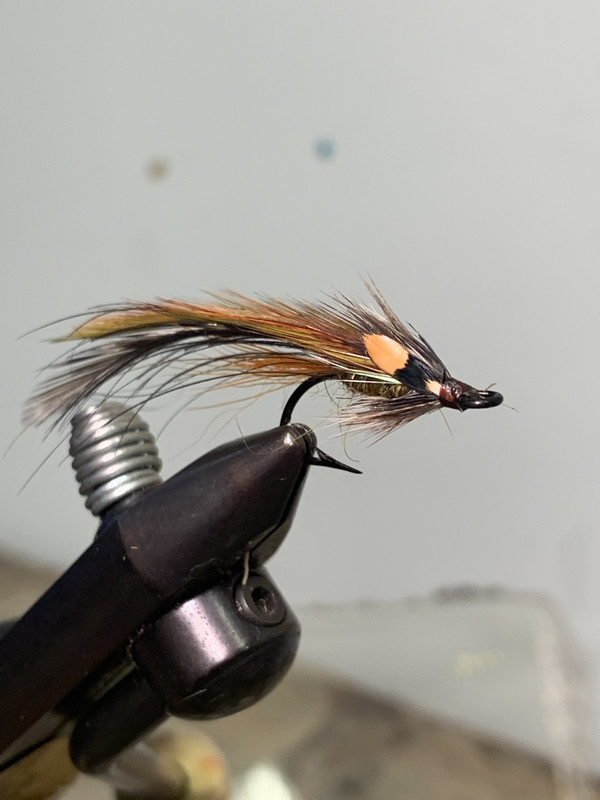 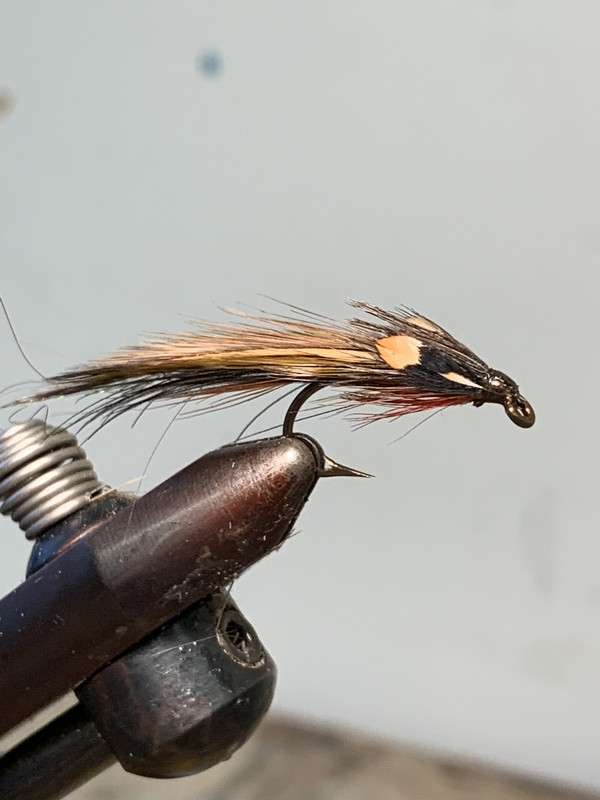 flat wings just may be the original streamer....a single feathers tied off the shank as a "streamer" is a very old idea....

True, Ted--hard to get simpler than a Flatwing. So many ways to inflect the basic design as well. I love this pattern--even if it is a bit of a dickens to tie well,as the stem is being tied perpendicular to the hook--so you really have to work it to avoid twisting. 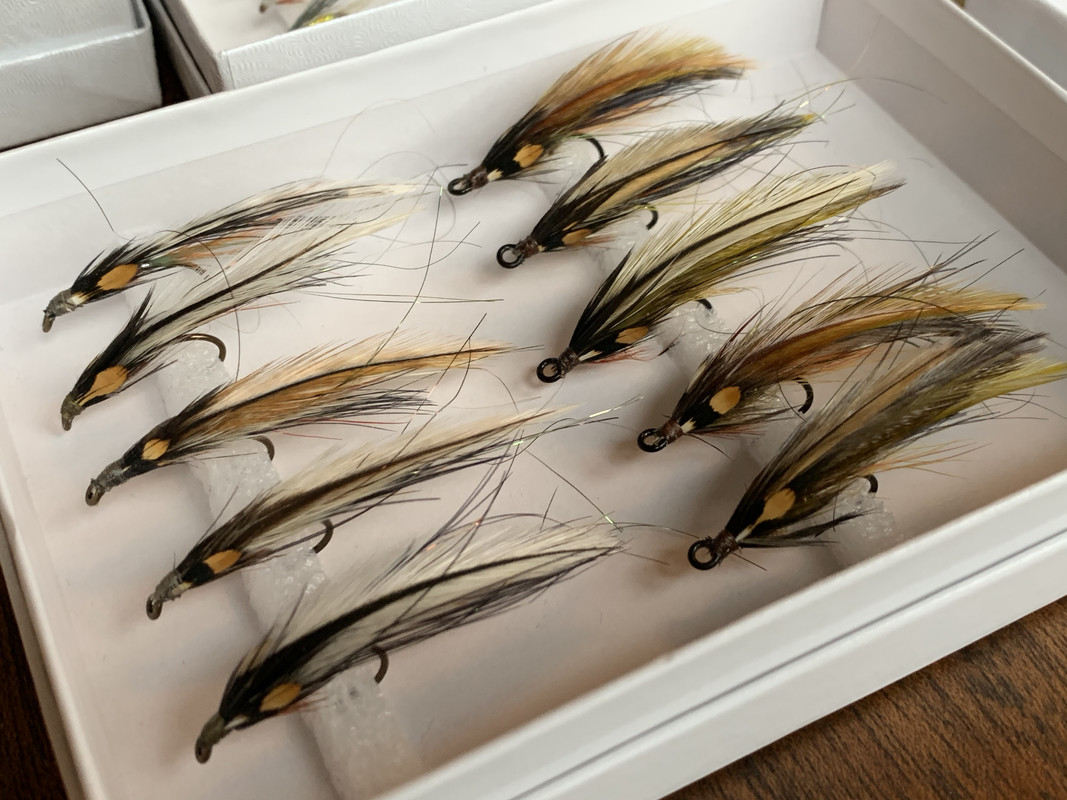 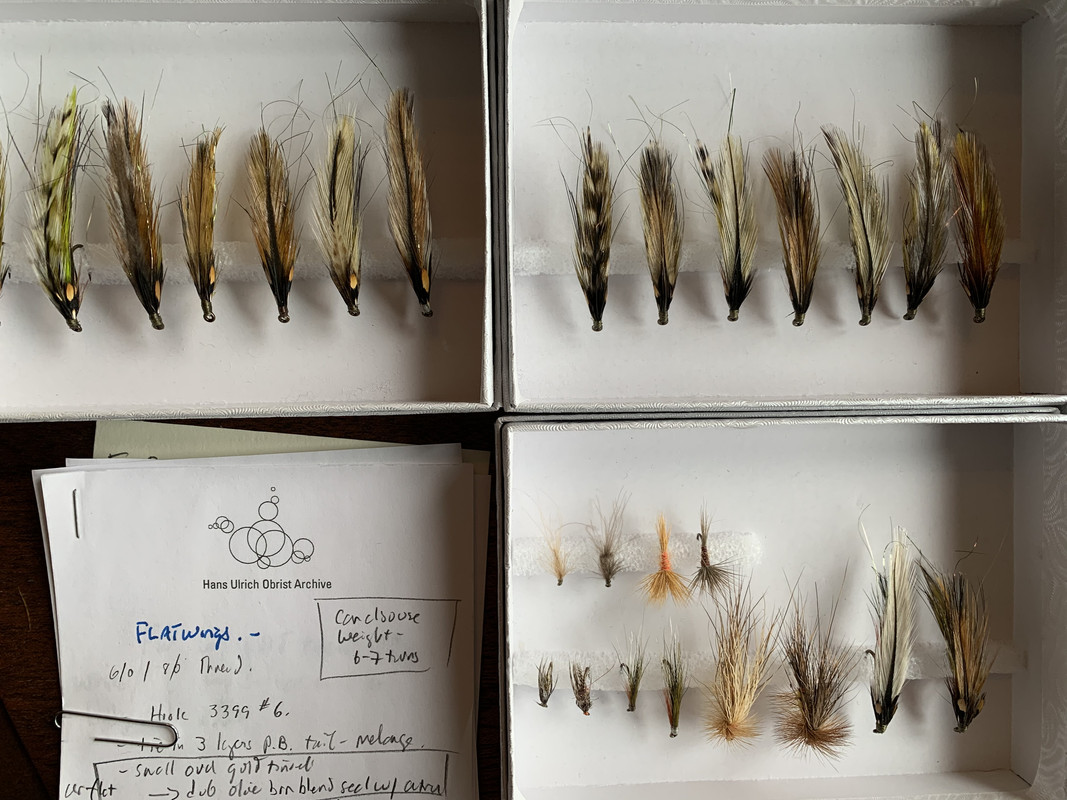