So--this post is about....tails. Sort of. Only not about 'tails' in any conventional sense.

It has to do with discipline-specific idiomatic usage of the word "tails" as applied to two--um--'things'.

1) Fly tails. These were sold by Ray Bergman. Red label box. They're not in the Bergman catalogue I have. They consist of a hook eye and straight shank. No bend, no barb, no point. The eye is probably what you would find on a size 18 hook. 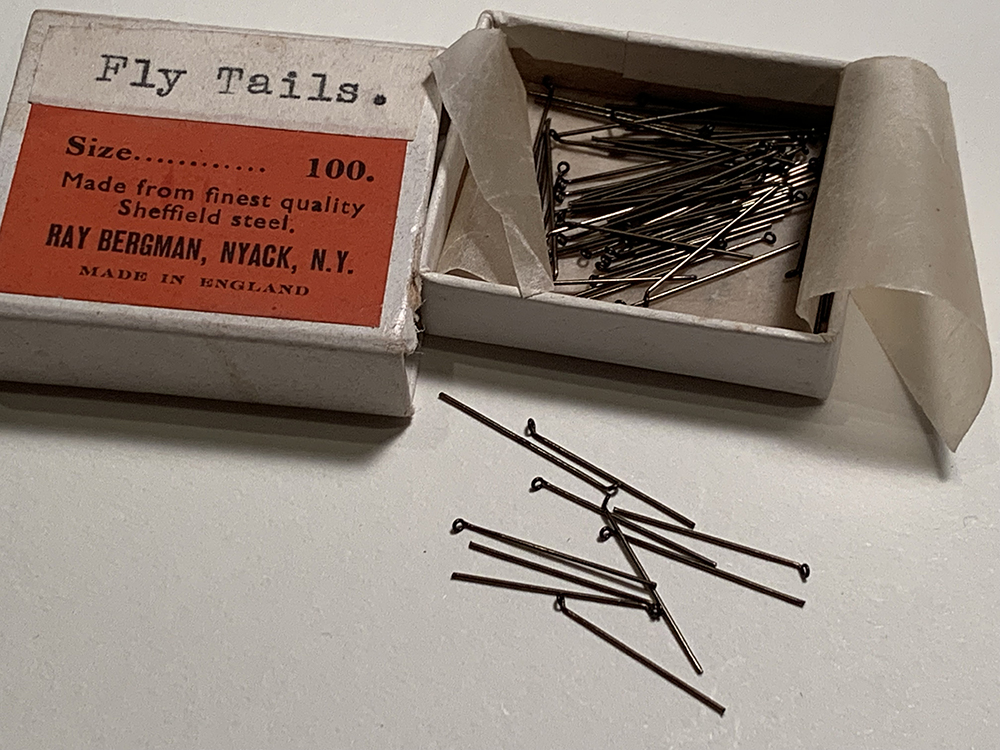 2) Plum tails. Plum tails are liquid. I discovered them on the counter during a birthday party for my son's friend. I asked one older gentleman in the kitchen what exactly 'plum tails' were, and he responded in Romanian, insisting I try it out, with 2 ice cubes. I think he said something to the effect it's Romanian moonshine. It was actually quite good, it reminded me of a rough sort of Applejack, or Calvados. 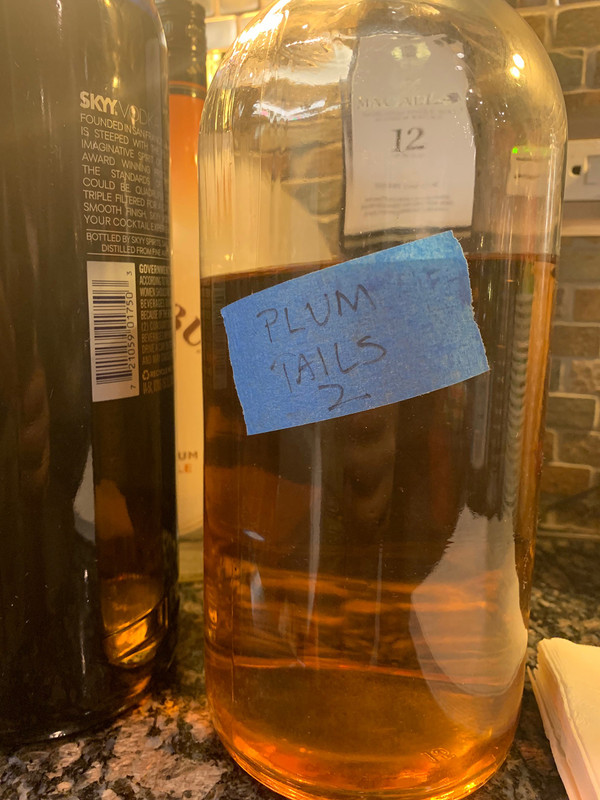 Some later research helped me distinguish between 'heads' and 'tails' as far as moonshine is concerned (heads is the first stuff to come out of the still and tastes like acetone; tails is the last stuff to come out of the still, a bit bitter but otherwise less potent and less likely to make you blind). However, my research on Bergman's fly tails has turned up nothing.

I called the one man who is without a doubt the one person to talk to about anything Bergman. (not Donnie B). Those hooks were Bergman's personal stock , not for sale in his catalog. My friend who likes to be anonymous said . "When Ray passed a large supply of his hooks was acq1uired by Bucky Stern. This collectionwas recently sold and is the like source."

Thanks, Ted--this piece of history is good to know.

Since the box is hand-typed "Fly Tails" it would make sense that Bergman kept them for himself--but what did he use them for? Most people have suggested they were use for articulated streamer tails--which makes sense but I'm not totally sold on the idea this was their sole purpose. Does anyone have a copy of "With Fly Plug and Bait" to check to see if Bergman mentions fly tails? It could be a later development in his oeuvre. He talks about "tail flies" in one of his Outdoor Life articles, but in relation to a dropper, and they all have hooks.

Meanwhile, I'll keep looking for references to them.

I will dig through Fly plug and bait to see if there’s mention of them.
I have 2 boxes of those, likely never to be opened.
I get the impression they were just pulled out of the assembly line before the bend and barb were made, possibly someone saw them at that stage of completion and said “I’ll take them just like that”.
Articulated flies are better swimmers with a straight eye, so it’s not likely that was the intention with these, but who knows.
They certainly are a rare thing, even if they are almost useless

. CJ
"Gentlemen,remove your hats,this is it"
"This is where the trout was invented?"
"Oh he existed in a crude,primitive form in Waltons England"
"But this is where they painted spots on him and taught him to swim"
Top
Post Reply
4 posts • Page 1 of 1