Wets, the subtle art form where masters are few and far between.
Post Reply
6 posts • Page 1 of 1 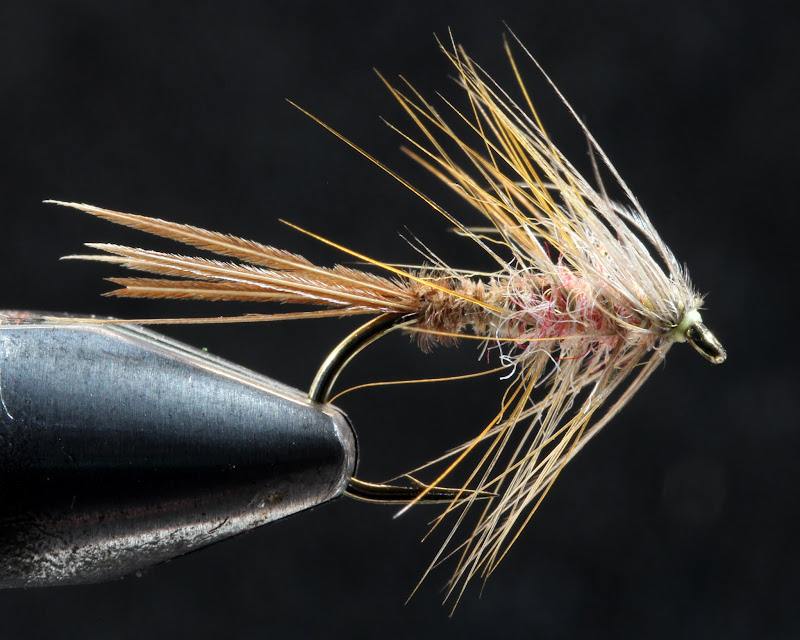 After tying the initial prototype fly, I changed out the Bennechi thread, for Pearsall's Gossamer silk in Primrose. The Bennechi is nice stuff, but is felt out of place on this pattern. Gossamer just seemed to be a more traditional choice. Besides, the Gossamer might show up more in the abdomen, hinting towards the original tups pattern.

I like the way the spiraled hackle blends in with the tups thorax. The thorax on this fly is created with a silk dubbing brush (Hidy/Leisenring style) formed from Pearsalls silk and Mike Valla's wool tups dubbing blend. (Mike - I love this stuff!) 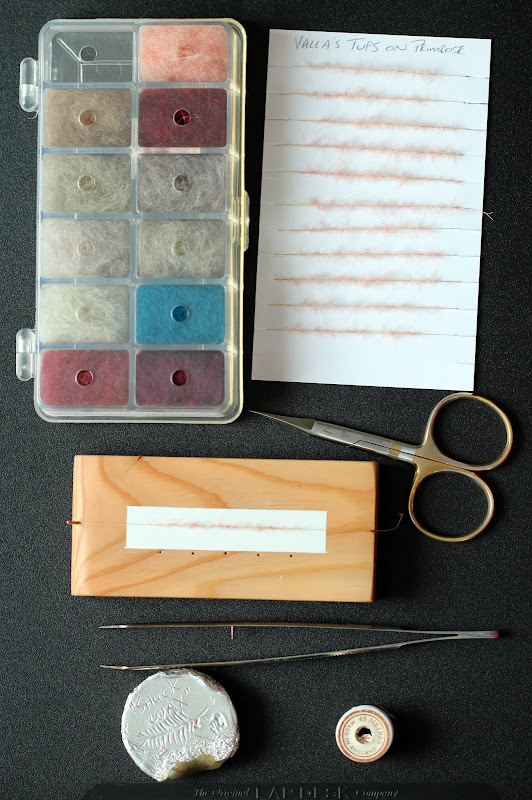 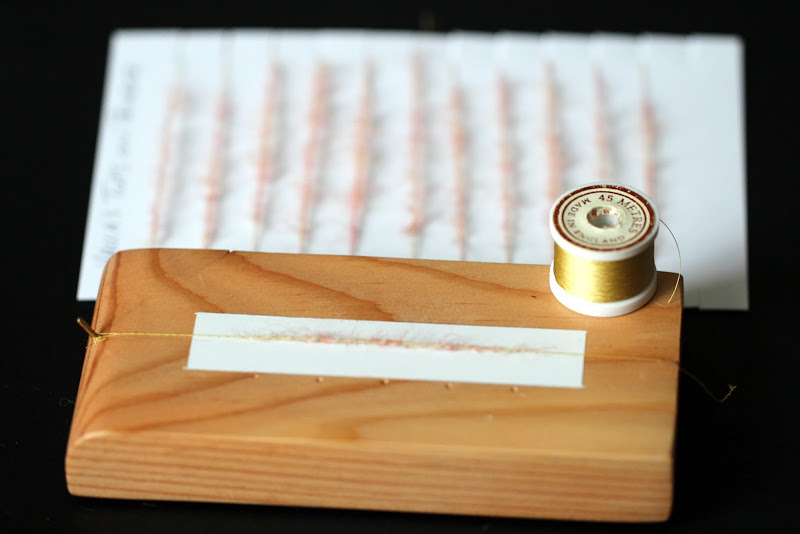 A few extra photos to document some minor modification. I started playing around with using hen saddle hackle, instead of hen neck feathers. The feathers are softer and more webby, which seems to suit this style a little better. The blunt shape of the feather (significant taper) creates a more pronounced taper of the body hackle). I really like the resulting profile (long hackles in front and tapering to shorter fibers down the length of the fly). The color of the hackle is also more muted (less of the honey colored highlights at the end of the feather - but still a bit of warm tan). The modified version is tyed on a Daiichi Model 1710/Size 14, along with hen saddle hackle. 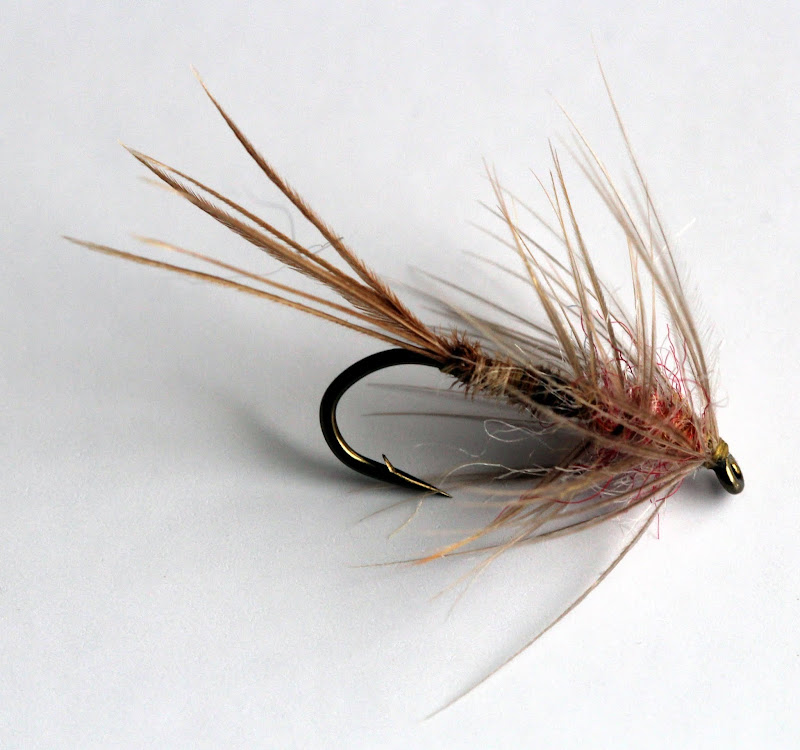 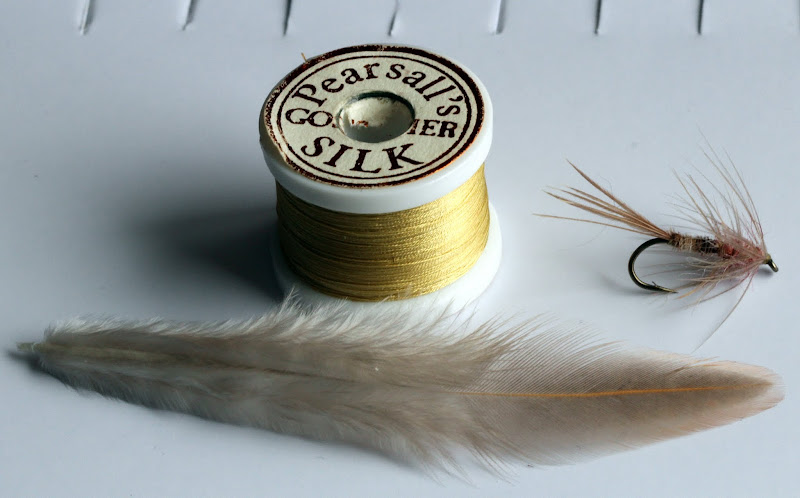 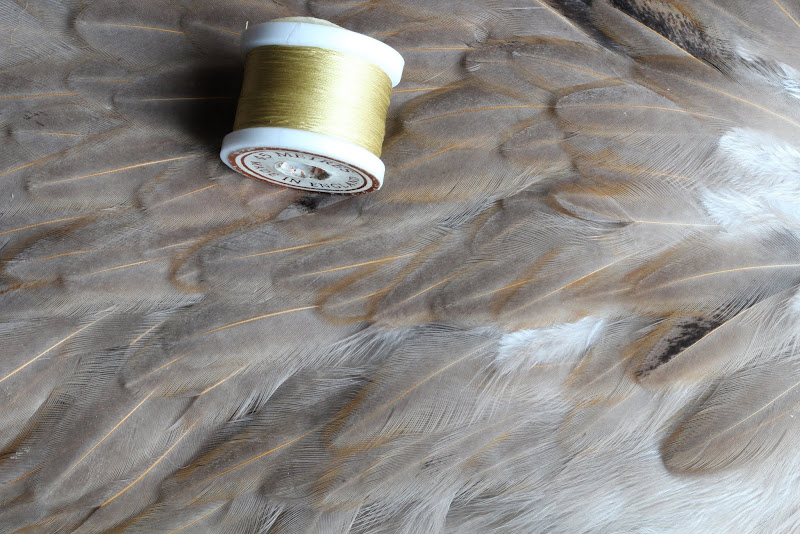 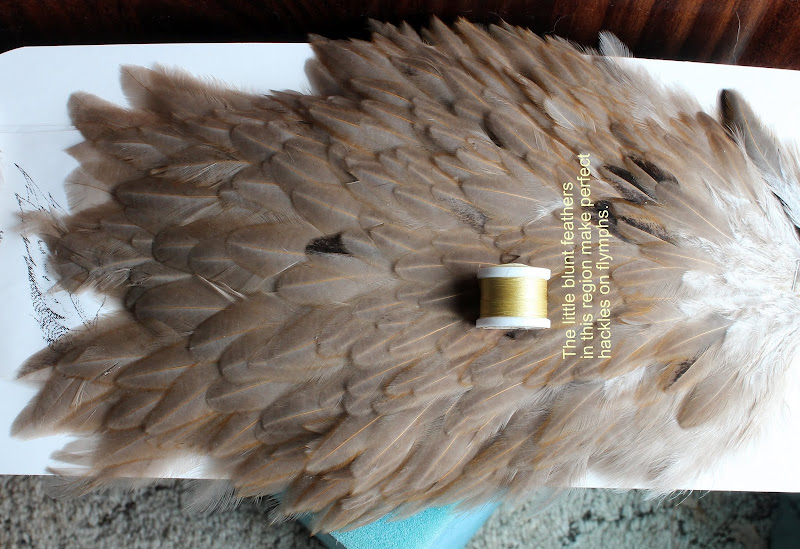 Additional notes on the hackle:
In the end, I was happiest with flies that had two wraps of hackle at the eye of the hook and three spiraling wraps thru the thorax. This seemed to give the best balance of the amount of hackle, yet allow the thorax to show thru.
Ray (letumgo)----<°))))))><
http://www.flytyingforum.com/index.php? ... er=letumgo
Top

John - Are the photos showing up properly on your monitor? For some reason, the right edge is cut off on my monitor. Is there a maximum pixel width recommended on this site? I can fix the photos, if they are showing up incorrectly.

Nice stuff.
Your pictures look fine to me. The forum does not have maximum image sizes. That being said, making them too large might make it hard for people with lower resolution monitors. I guess I would say 800 width like you have is a safe bet, but as high as 1200 wide would work fine for most people.
I'm going to look into this more.

Yes, they are perfectly centered and fine. I have the same trouble sometimes, they look offset but "fix" themselves later, if that makes any sense

Keep doing what your doing, couldn't be better! CJ
"Gentlemen,remove your hats,this is it"
"This is where the trout was invented?"
"Oh he existed in a crude,primitive form in Waltons England"
"But this is where they painted spots on him and taught him to swim"
Top

Ray,
The fly and photos are superb. To punctuate this thread it should be noted that wrapping the hackle through the thorax was not the norm. Leisenring and Hidy did not do so, initially. Hackles on flymphs were tied as collars, with the tying thread wrapped forward, through the hackle. Dave Hughes explained to me that Pete started doing this shortly before his passing, and the technique was shown to him and Rick Hafele when they visited Pete in Boise, Idaho. Hughes included the technique in his book on wet flies as Pete never had the chance to put out the idea himself.