Mantis wrote: ↑
Fri Aug 04, 2017 10:52 pm
More than a year and a half ago I got a call from Jan Betters (now living in Florida). She was putting together a book of Fran's patterns, many, she said that had never been published. She sent me a rough bunch of pages of recipes, some pics and I talked buddy Dave Brandt into doing it. Dave got Dan Thomas to split up the 50 patterns and although it took them a year to get it done and down to her, they finally did it. I'll have to ask Dave and Danny if either remembers anything like this Stonefly pattern shown here.
I had glanced thru some of the pages quickly just enough to know I wouldn't be doing it. Other than a couple dozen Klinkhamers a year, I rarely tie fishing flies. Dave only turns on his computer to delete hundreds of emails every couple weeks as he never looks at emails. If I have something I want him to see I send it to his wife, Barb.

Who knows if it will ever get published, but if Dave still has a copy (he must have copied it to give Danny, then at least I could see if this pattern was included. Fran was hand writing notes for his autobiography and had asked me to write the foreword for it, which I did, but he never put it together. I have asked Jan several times to mail me his notes and I would write it for her..didn't want anything for it...just as a favor for an old friend. If I hear anything, or can find out anything, I will let everyome know. As ever, Bob
[/quote

Hello : Has anyone heard any news on this project ?
Really hope it wasn’t dropped.....Jim

No word on the project as far as I know.

When looking back through the thread I noticed all my links were dead--so I have restored them. The stone was working very well yesterday on the Ausable--and for the first time the fish have been looking up. The fly can be skated very fast--which is useful when water is still high as it is now. 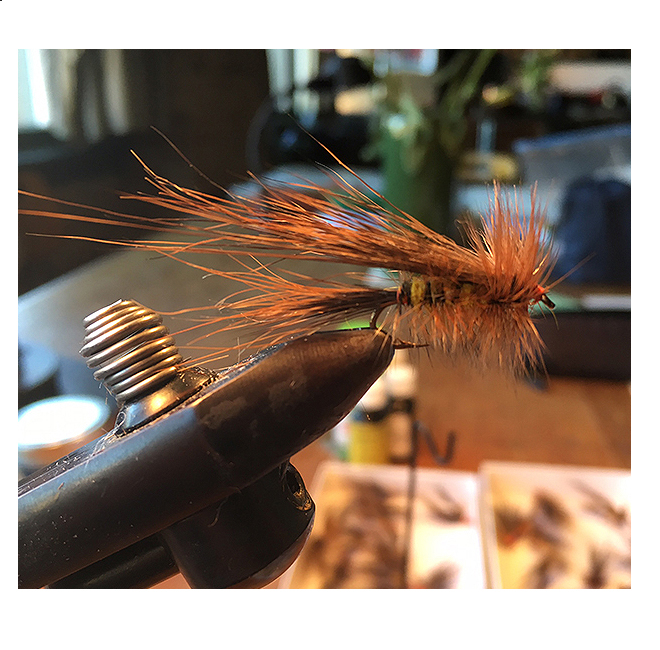